I returned home after the Chelsea flower show to find it had rained almost every day.  This week it has rained heavily for two days; and also strong winds, so much so that some grasses were blown over but they are trying to stand up again. 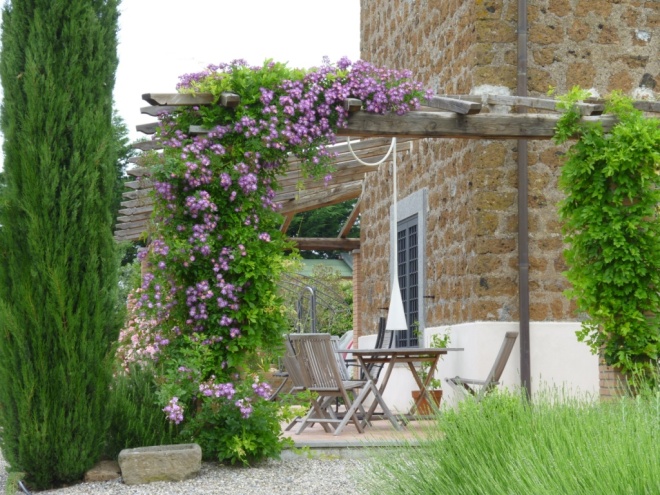 Rosa veichenblau is in full bloom and clothing two pillars with delicate, orange scented flowers, it is already making its way along the large beam that supports the pergola.  I dreamed that it would look like this. 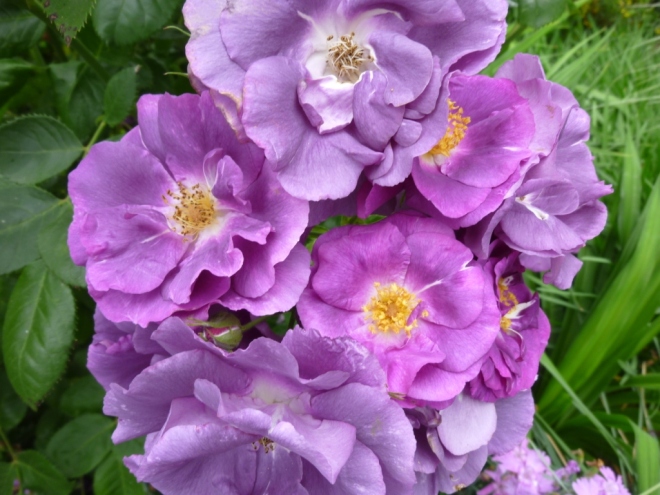 I just love the way the colours of R. Rhapsody in Blue fade but remain beautiful

Rosa Gerdrude Jekyell is also performing wonderfully this year, though if it were not for the rain it would be better still. 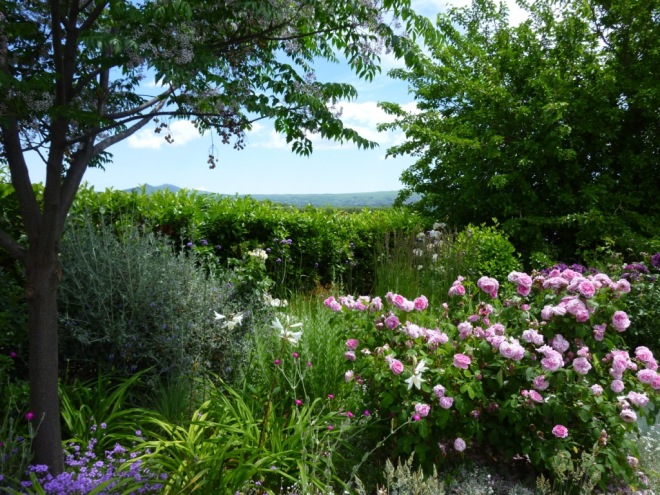 Left hand border with view to the Cimini hills 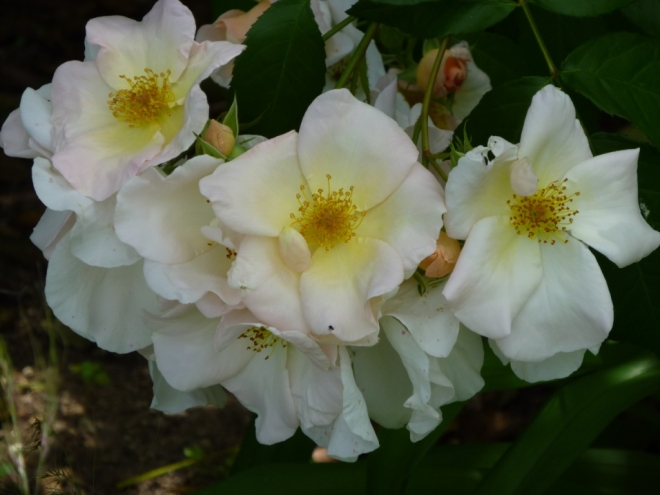