I think the moment has arrived to show you some of the seed-heads and berries that are providing interest in the garden.  I was away from the garden last week and when I returned, even though there were still a lot of plants flowering it was unmistakably now winter.  Yes the sun has been shining and it still isn’t that cold but of many trees are now bare of leaves displaying their bark, skeletal branches or fruits.

I took the photos yesterday when it was cloudy and we had showers so the light is very different from all images I’ve shown in the last few weeks.  We are fast approaching the shortest day so at least I feel winter won’t be too long and after the celebrations to come the days will slowly be getting longer again and we can look forward to a new growing season.

Seedheads are now the strongest feature in the small island bed 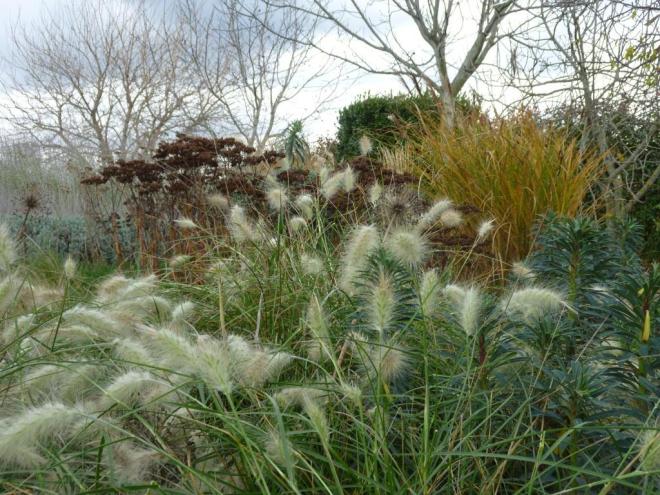 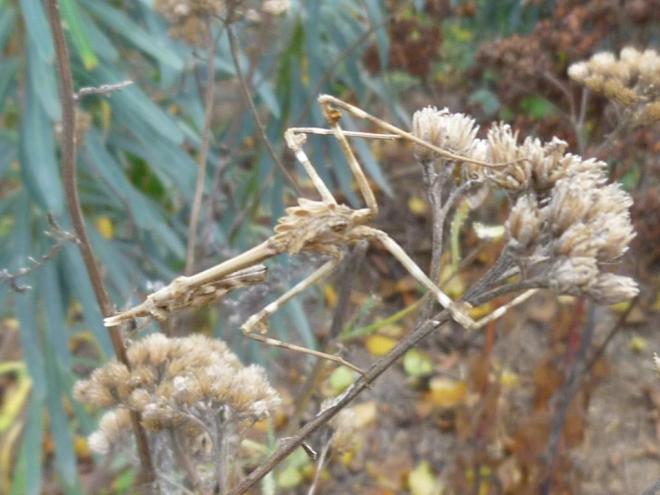 It’s always good to look closely; I found this very strange insect on this Achillea seedhead; it looks like some kind of stick insect which I have found many times in the garden. 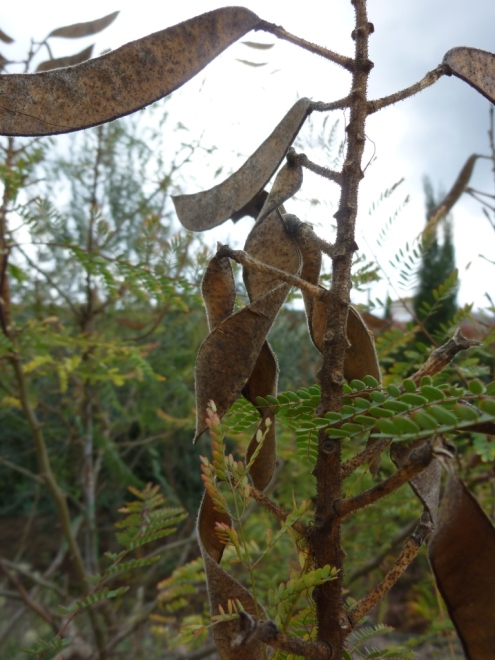 Twisted seed pods of Asclepias tuberosa have lost their seeds to the wind, but I already have some germinated seeds from earlier pods. 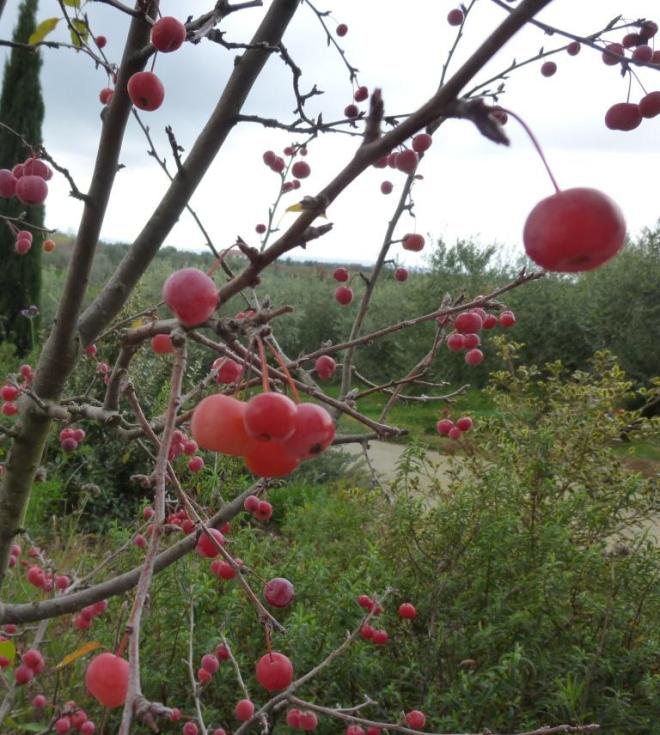 Crab apples give some bright colour to the upper drive border 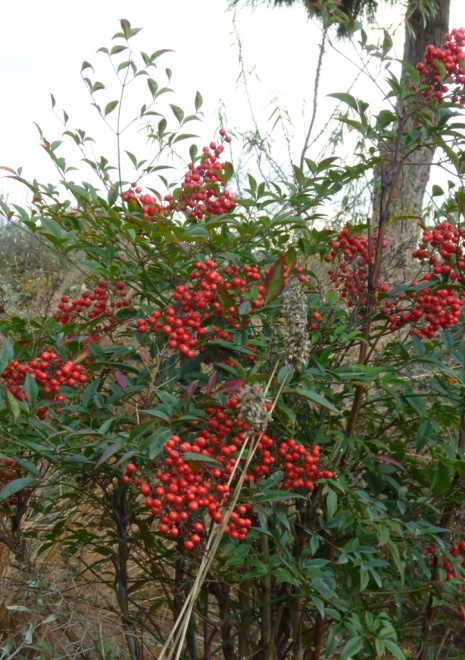 As do Nadino berries to the large island bed 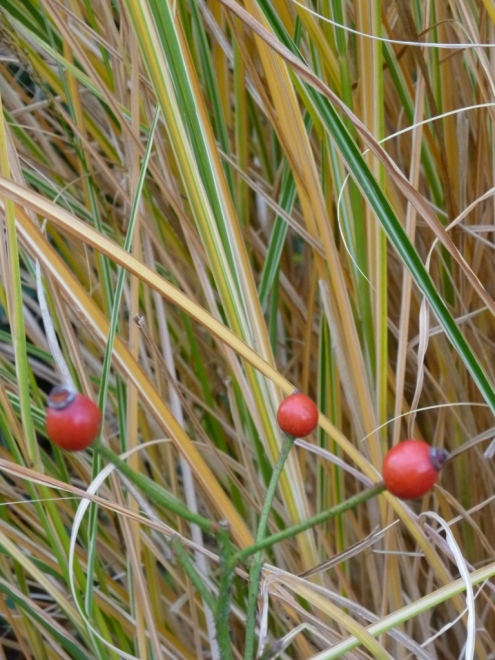 rosehips contrast with the leaves of MiscanthusGarlic chives 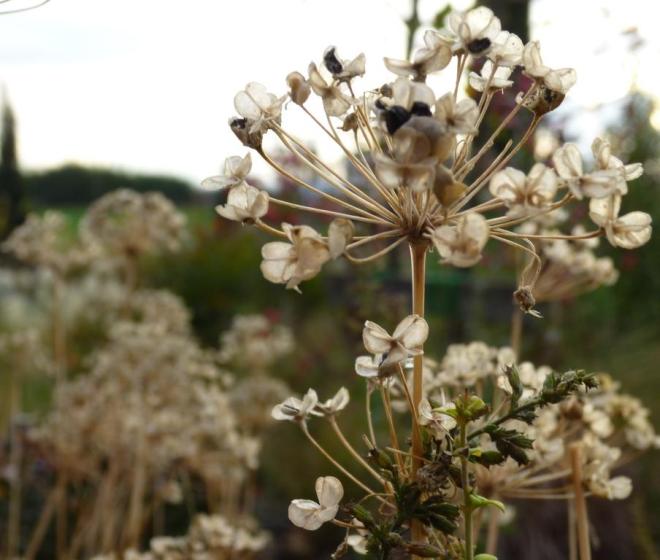 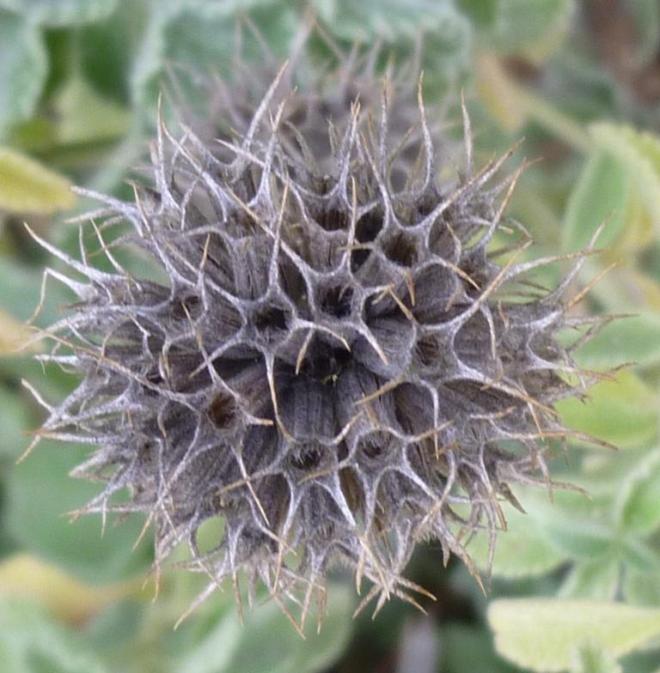 I love the complex form of white Phlomis 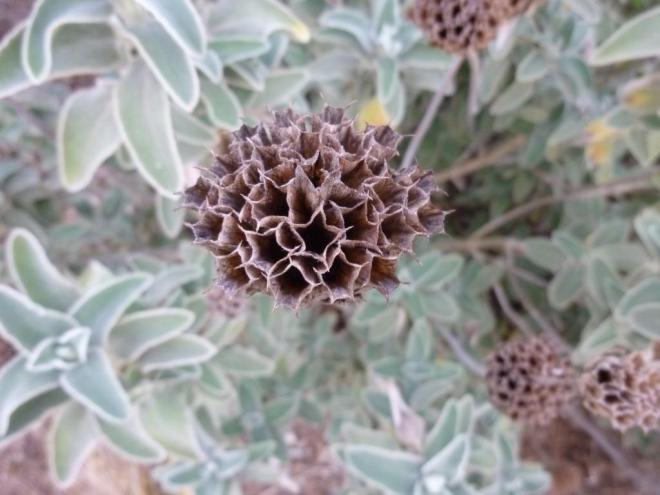 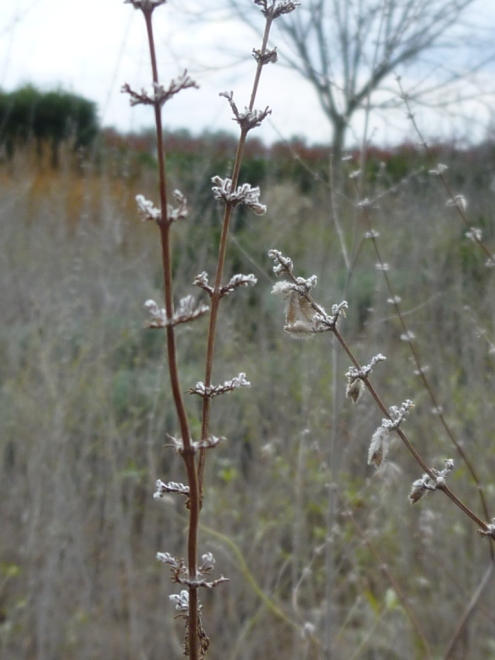 Delicate Perovskia is more beautiful in close-up than when seen as a mass of ghostly stems. 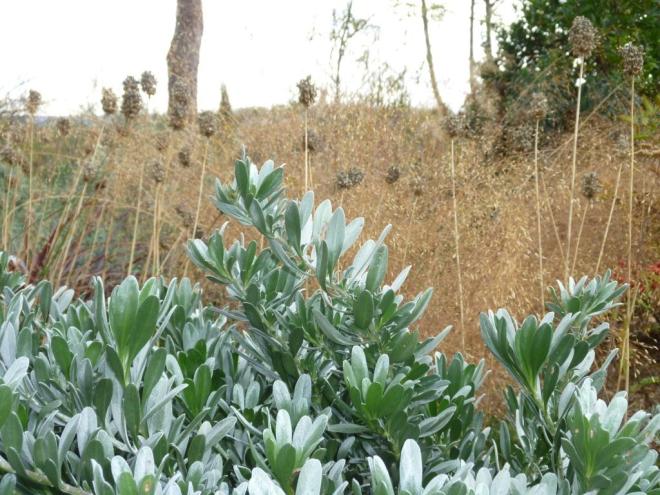 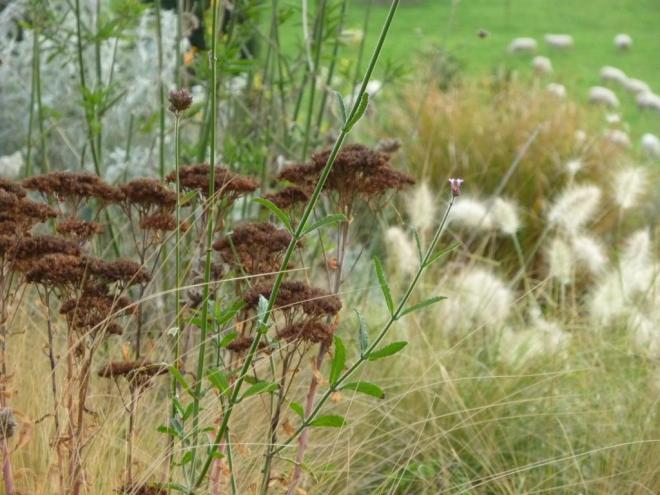 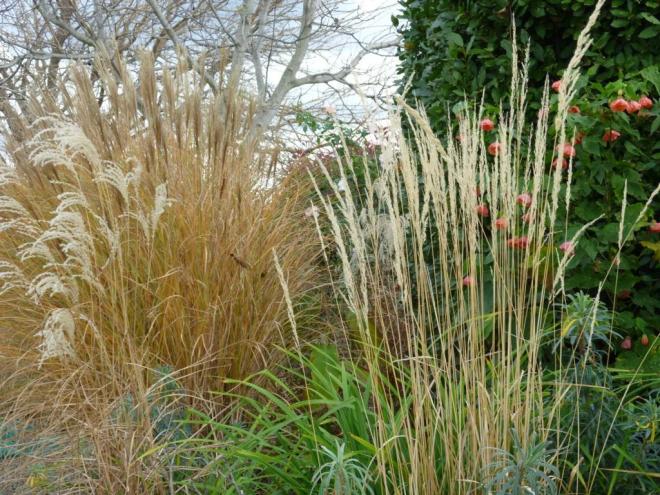 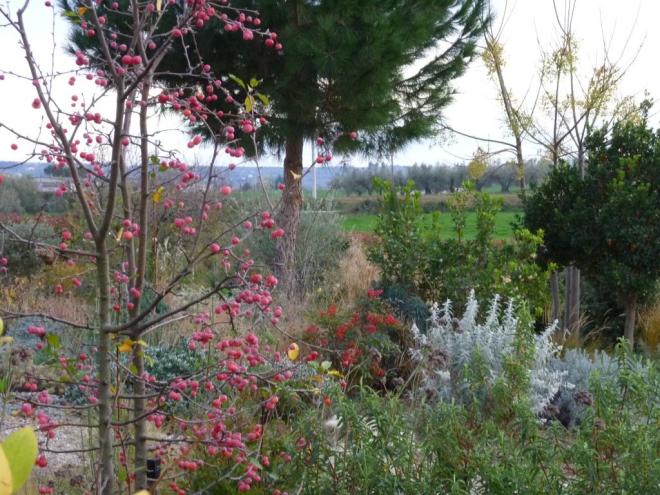 19 thoughts on “Seed-heads in the December Garden”