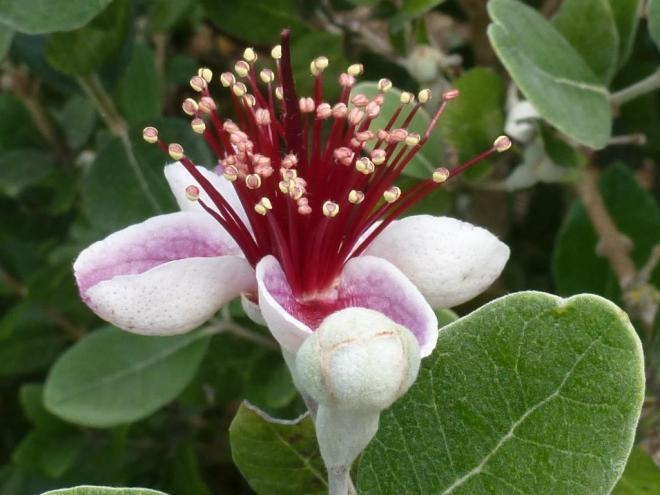 Period of Interest: All year

Flowering Period: Late summer in the UK, in Italy it flowers in June

Acca sellowiana is an evergreen shrub with grey-green leaves densely white-felted on the underside. In summer, flowers with four red petals, white on the outside, appear in the leaf axils; occasionally produces edible, red-flushed green fruit.  You probably need two plants to produce fruit.

I have a bush form on the slope and a standard tree that is not doing at all well at the centre of the circular rose bed.

This year the bush is covered with the flowers which I think look a lot like the flowers of capers.

22 thoughts on “Plant of the moment – Acca sellowiana (Feijoa)”