There has been a light frost every morning this week.  I know this because when I get up, the first thing I do is open the inner shutters of the landing window and look out; mostly I see the vegetable garden but I can also see the solar panel (for hot water) on the shed roof and each morning there has been a little frost, not thick and not completely covering it.  It has been cold and extremely windy all week with the wind coming from the north (Tramontana) or north-east (Grecale).  These are both bitingly cold winds that clear the air and mean you can see for miles; they also mean you need a hat and warm clothes if you’re going to venture out.  I like it that winds have names, makes them seem for friendly! Do the winds where you live have names in common use? END_OF_DOCUMENT_TOKEN_TO_BE_REPLACED

Welly Woman often writes thought provoking posts about her thoughts on gardening; she writes very convincingly and shares her ideas in a clear, often amusing way.  Yesterday she posted Is Gardening Cool Enough?

I remember a few years ago that the press were obsessed with gardening as ‘the new rock and roll’; everyone was trying to convince us that gardening was sexy! END_OF_DOCUMENT_TOKEN_TO_BE_REPLACED

I often complain that there is no autumn colour in my garden, but this month I can claim to have some!

At last some colour! This is Persimmon

Lonicera, honeysuckle has lovely pink leaves at present; they’re hanging on too which is a bonus when even green leaves have been ripped from stems and branches by strong winds. 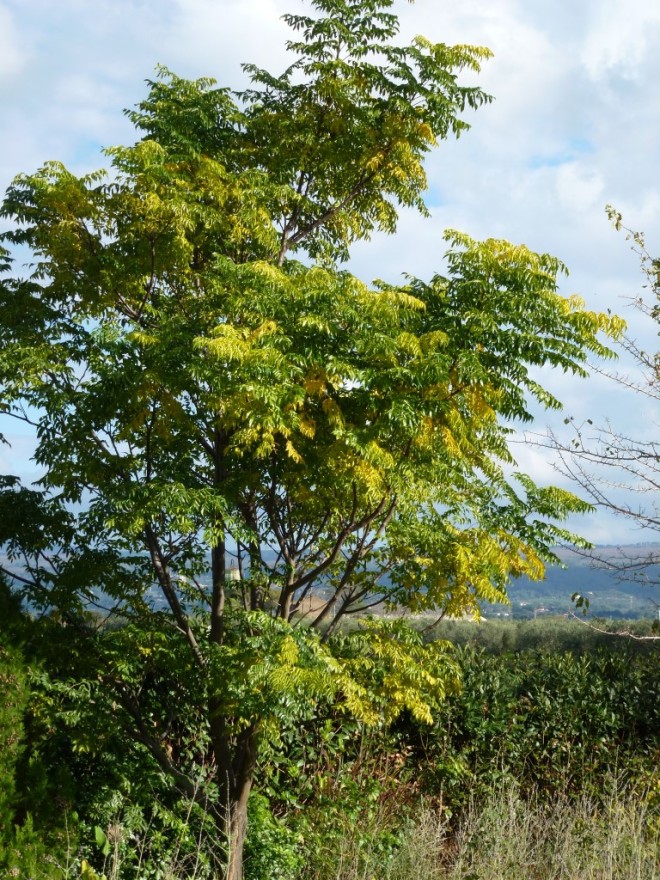 Melia azedarach is beginning to show some buttery yellow foliage, but these leaves usually fall very quickly to reveal their bright yellow berries, which stand out beautifully again a blue sky.

Look how much new foliage the Quercus ilex have put on during autumn, that’s more than in most springs!

Acca sellowiana, Feijoa has also benefited from the warm wet autumn this year; it is better for the plants to put on new growth now rather than in spring as often the plant can’t sustain the foliage put on in spring which might be followed by a very dry July and August as happened this year.  Lots of shrubs and trees put on masses of new growth, more than I’d ever seen before because of the very wet spring but then the new growth shrivelled and died due to the drought in August.  New growth now has time to become strong enough to withstand drought conditions.

What foliage is attracting your attention this month; is it colourful autumn tints or new growth that is making the most impact?

To join GBFD all you need to do is add a comment with a link back to your post; a link in your post to mine is nice, but not a prerequisite.

This week has been noticeably colder, the fire has been a welcome necessity in the evening and some mornings it would have been nice to have some heat in the bathroom; I think now is the moment the heating will have to be turned on at least for the mornings and evenings, during the day it is warm enough if you are working. END_OF_DOCUMENT_TOKEN_TO_BE_REPLACED

Finding a suitable place to hibernate, in a small hole in our stone windowsill, not a great choice!

A quick reminder that it is GBFD on 22nd November (Friday), I do hope you’ll join in this month.

The middle of November already, where has 2013 gone?  With such a gentle autumn with rain and sun and mild temperatures day and night there are still plenty of blooms in the garden.  Yes, there are the usual suspects, the plants that flower reliably for most of the year and they are not appreciated any less by me for that reason, they deserve their inclusion in GBBD as much as any prima donnas who excite with their rare presence.  I‘m joining Carol at May Dreams where gardeners from all over the world share what’s flowering today in their gardens. END_OF_DOCUMENT_TOKEN_TO_BE_REPLACED

The weather really changed this week.  It was quite a shock to the system as the temperatures dropped and on Monday there were gale force winds and rain for most of the day; the wind has continued all week, dropping in intensity a little on Tuesday but still strong yesterday.  Leaves were ripped from branches whether they were ready to fall or not; a whole branch was broken from one of the Leylandii.

But today is sunny and bright, the wind still present but not so cold.

END_OF_DOCUMENT_TOKEN_TO_BE_REPLACED 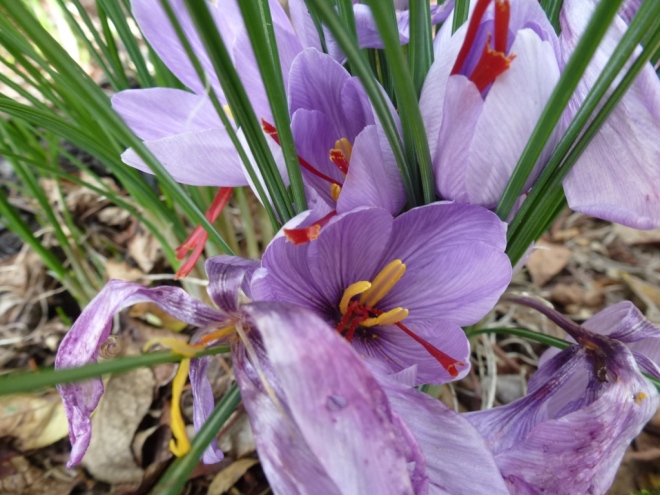 Yesterday, Saturday, was an unexpectedly sunny day.  Rain had been forecast but it didn’t arrive until mid-afternoon today so most of the weekend has been good for gardening and for a pleasant walk for some exercise and to see what is flowering in the countryside around the house. END_OF_DOCUMENT_TOKEN_TO_BE_REPLACED

Creating my own garden of the Hesperides
Create a free website or blog at WordPress.com.