At last a sunny day on Thursday to match the other days of the week; Thursdays have been rainy this month.  It has been a perfect week for working in the garden and I am satisfied with what I have achieved.

Most of the roses have been pruned and I am working my way around the beds removing weeds (not too many in most places and clearing dead stems and flower heads I had left standing for the winter.

I checked my photographs for last year and I was wrong to suggest the Californian poppies would be flowering in March, last year the first ones were in April – it might be March this year as everything is growing so well.

As I was taking the usual shots of the slope I spotted a Muscari fully open, I’d seen lots just poking through the soil, many have become so congested I don’t think they will even flower this year some drastic action is needed to spread them around the garden, some will go to the new Spring Walk which I now realise doesn’t have enough early small bulbs, something I will redress this autumn.

The Californian poppies are large now 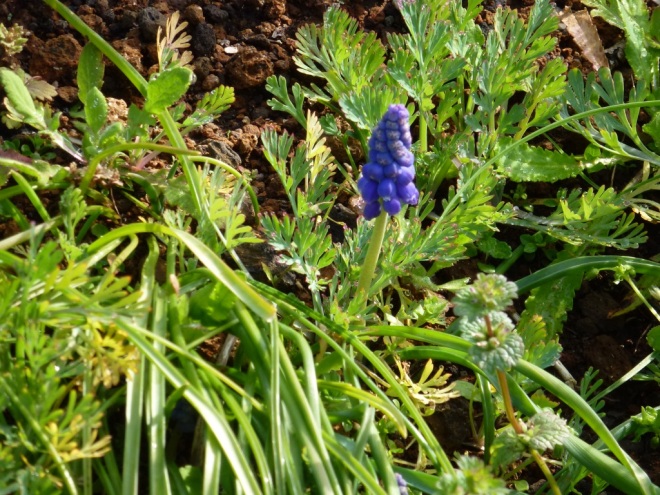 Single Muscari at the bottom of the slope 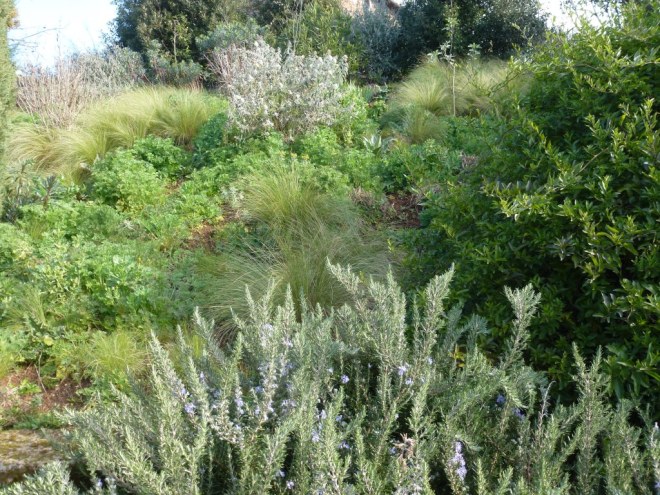 Looking up, can you see the blue at the top of the slope?

Even these are very over-crowded 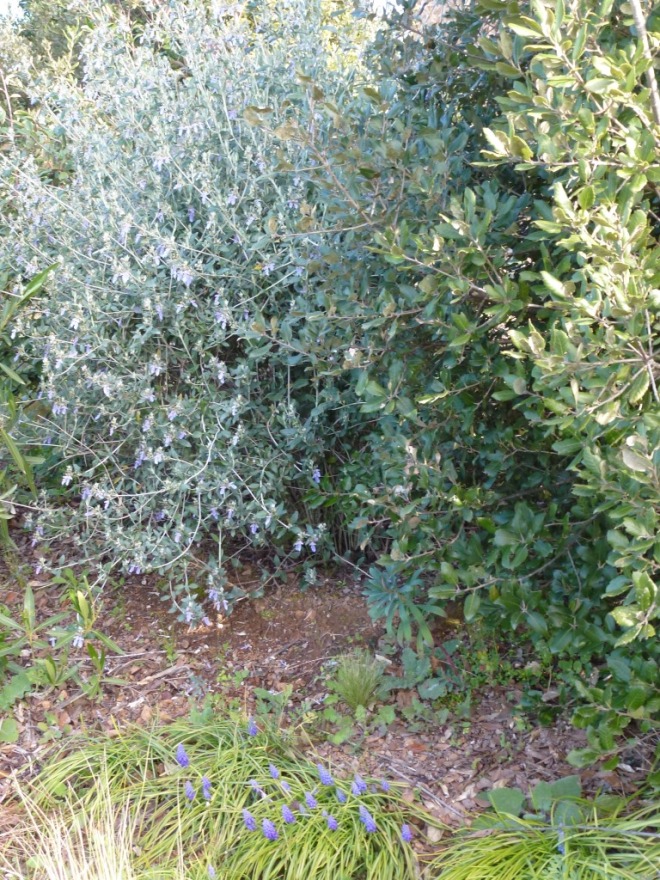 Blue Teucrium with Muscari beneath

But I digress, once I’d seen the open Muscari at the bottom of the slope I realised that at the top, below the shrubs that protect the garden from the summer winds, there was a veritable stream of blue.  As I’d climbed to the top of the slope I carried on up to the upper slope path and walked back to the house passed the Crimson Zone which revealed that the Hyacinths were opening their flowers too.

Just past these I found this

blocking my path.  I don’t often find anything dead in the garden, and I’m not 100% sure what this is.  I think the tail is much too short for it to be a rat and the hind legs look like a mole (there’s always some of them around the garden!)  Where the head should be it looks like something coming out of its mouth.  What killed it?  Probably a cat, I think it is too large a prey for the Little Owl and anyway it must have been dug out of the soil if it is a mole.  Any ideas? anyone please???

Do you find dead wildlife in your garden?