The cold wind from the NNE has been blowing for more than a week, until yesterday that is, when suddenly after a cold windy beginning to the morning (an frost on the solar panel at 7 am) at about 11 am the wind dropped and it felt more like spring, and the forecast for the next week or so is more of the same!  During the day it feels like spring and each day there is something new to discover flowering.

Last weekend I spotted the first Eschscholzia californica (Californian Poppy), its bright orange face opening to the sun.  I also found a tulip flowering in the Crimson Zone and today there are more tulips so I’ll write about them all soon. 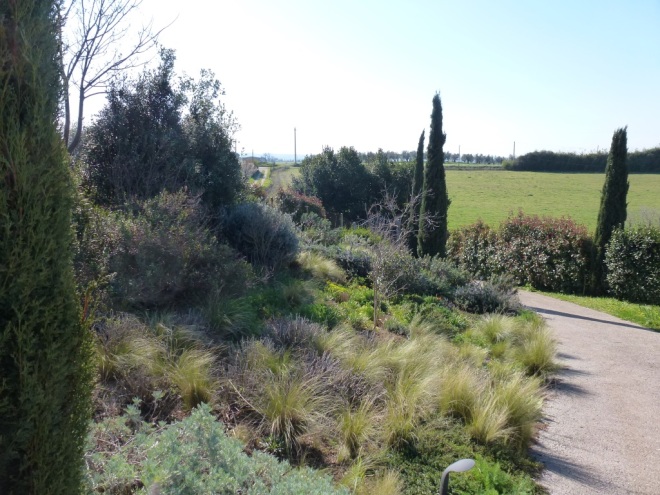 The Muscari are flowering more intensely this week 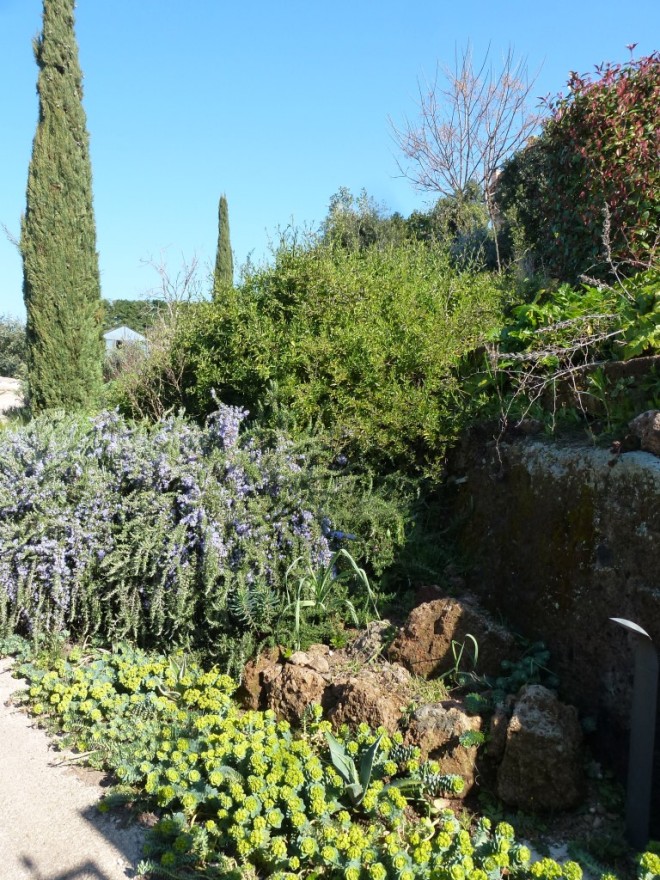 View up from the gate, the Prostrate Rosemary contrasts with Euphorbia myrsinites 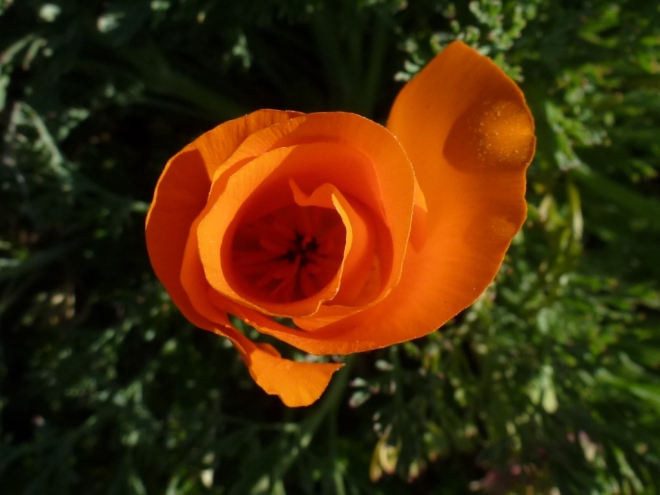 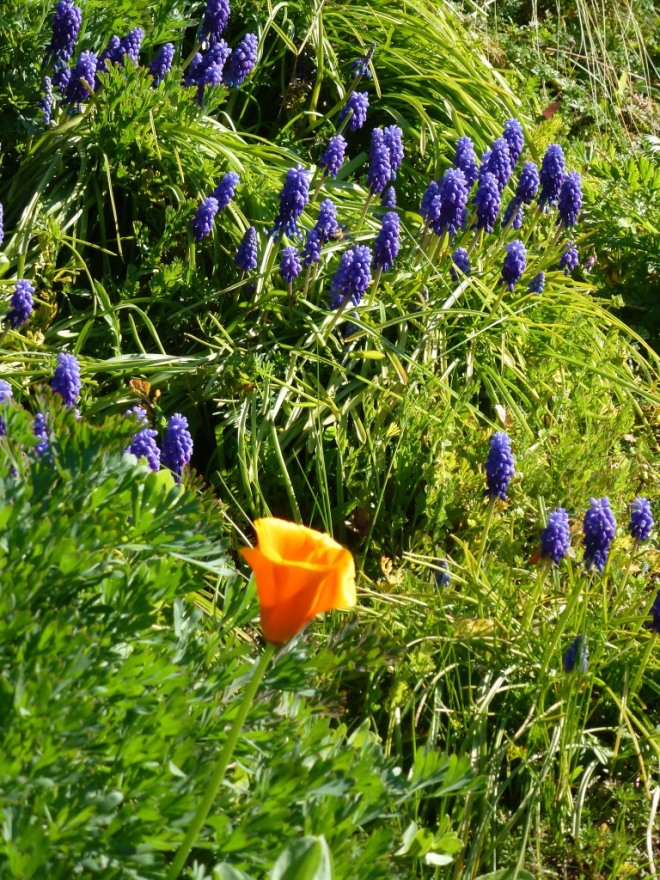 The Muscari look even bluer this week if that is possible.  So Blue is still the predominant colour but when more of the poppies open the slope will really zing!

What’s zinging in your garden today?  Has spring arrived?  Has winter tightened its grip for a last fight against the new season?

26 thoughts on “The Slope on Thursday 13th March”