The weather has been mostly cold during the last week, this morning there was heavy frost on the solar panel although not on the ground and the tomatoes are Okay so even the air temperature can’t have fallen to zero. There were more hail stones in the area, not like a couple of weeks ago but I am thankful I was lucky again and that they didn’t fall here. Easter isn’t predicted to be particularly warm and someone commented this morning that it felt more like Christmas than Easter! 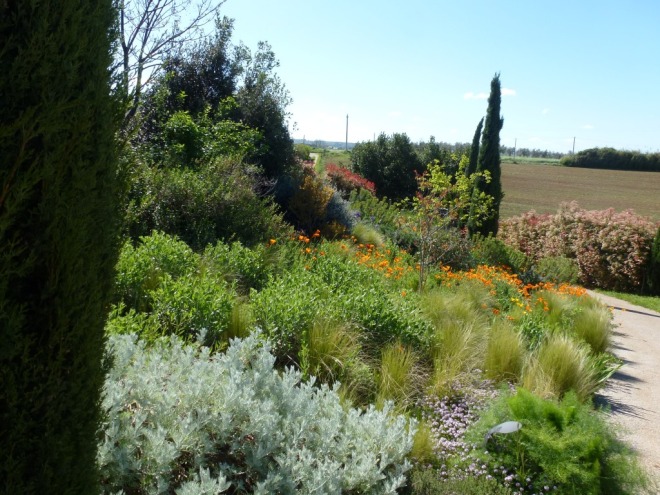 Some European poppies are blooming and mixing with the Eschscholzia californica. 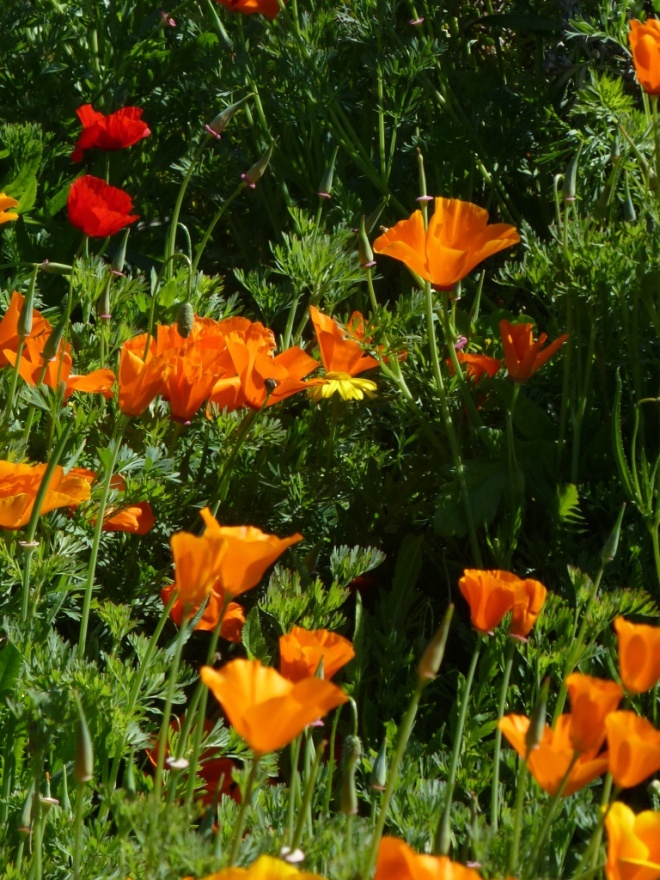 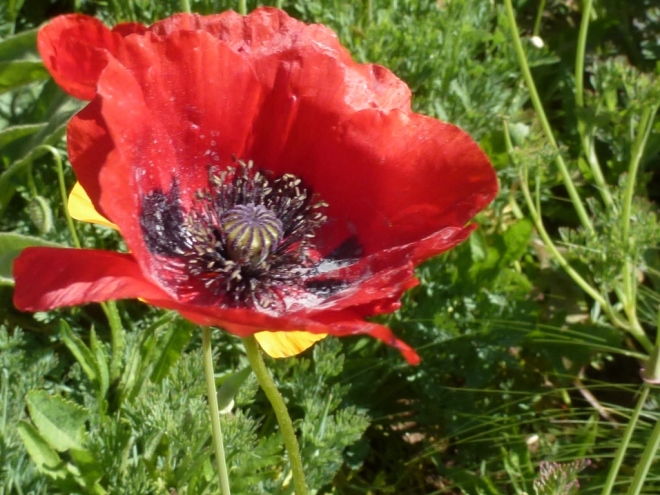 The bloom I am most happy to see this week is a white Cistus that I grew as a cutting. This is the first year any of the cuttings have flowered and as the various cuttings had become mixed up I was thrilled to see that two of them are from a parent plant is now dying, over-taken by the shade of the Mulberry nearby. This Cistus doesn’t have a very long flowering period but the pure white petals with a yellow centre are usually the first Cistus to flower; this year they are all flowering now.

Photinia with its new foliage and flowers

Looking up from the gate, the white flower is Solanum jasminoides ‘Alba’

What’s the weather doing with you this week?  Have you plans for working in the garden over Easter?

29 thoughts on “The slope on Thursday 17th April”