A windy week has torn the petals from some of the tulips but other have withstood the wind and are continuing to lure me into the garden to enjoy more mixed colour than I’ve ever used before. 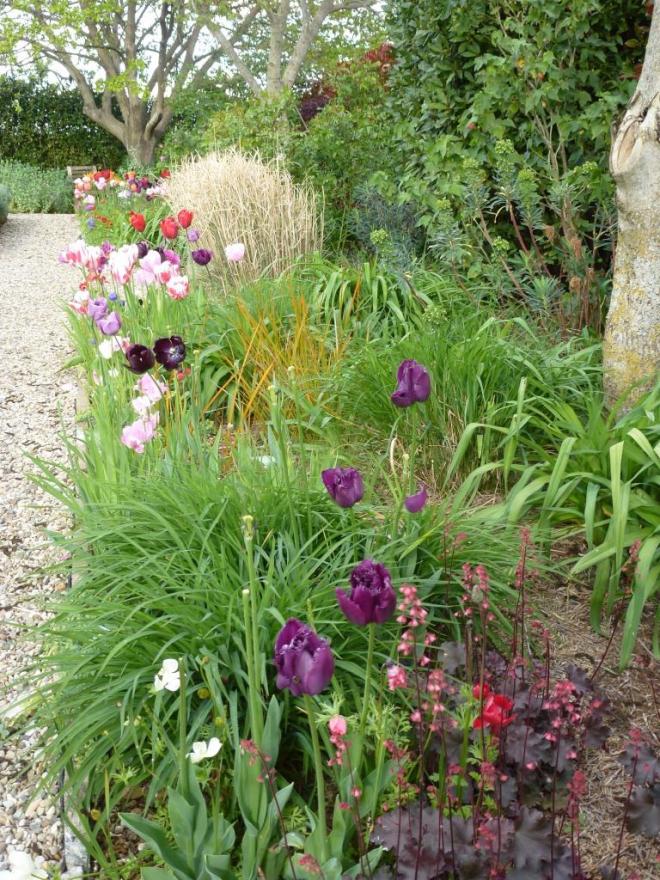 Looking towards the mulberry

I snap of the seed head when the petals drop otherwise all the bulbs energy will do to making seeds rather than building up its strength to flower again nest year. 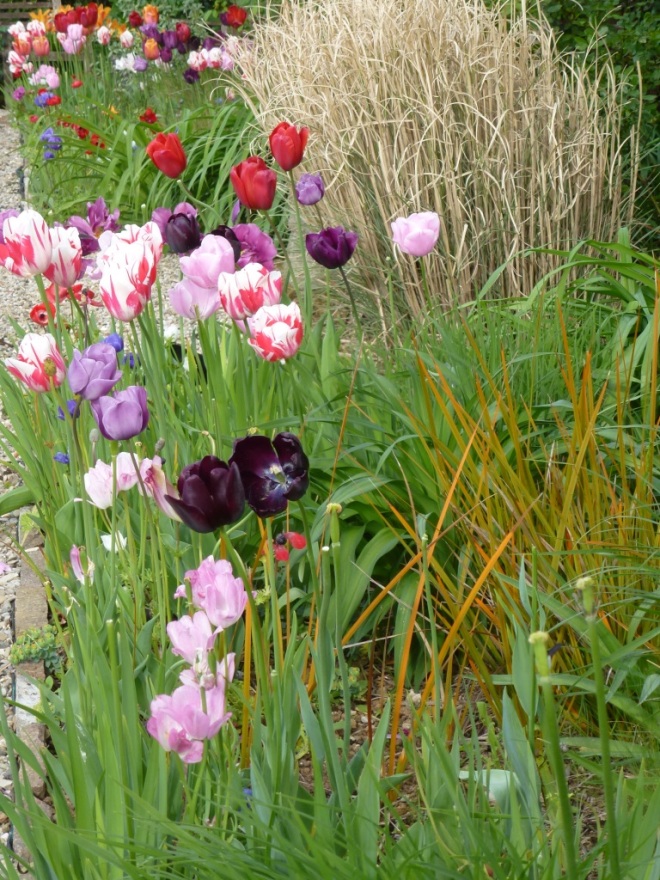 I really must cut the Miscanthus sin. ‘Morning Light’ down earlier next year so that there is no ‘dead’ grass in the border

The white and red tulips are T. Carnival

This unknown tulip (from the single late mix from Peter Nyssen) was white when it first opened. (Has anyone any idea of an ID?) 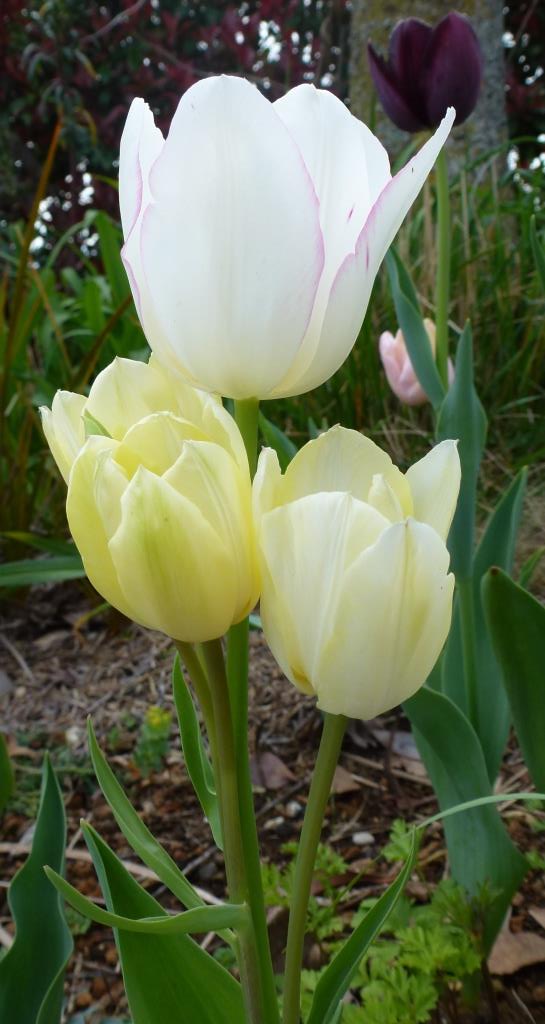 These three flowers are from one bulb 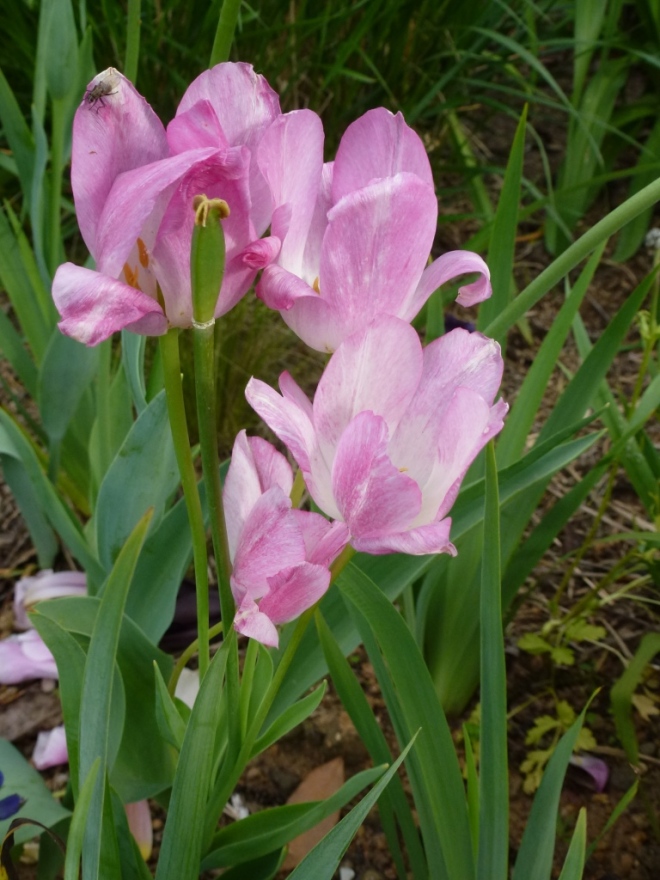 Not named multi stem that was white when it first opened

Now it has faded (no I don’t mean that do I?) Things can’t fade from white! Better to say changed from white to quite a strong pink.

The Anemone Coronaria De Caen has been flowering for ages (A. Sylphide since the very beginning of January); what really amazes me is that these were only planted last autumn and yet some have produced 4 flowering stems from one small corm. They were so cheap too, £2.50 for 25, I bought Mr. Fokker, The Bride and Sylphide as single colours plus 100 mixed which included the above plus 2 different reds.

I forgot to include this image of a butterfly on yesterday’s post.  I know this is a common butterfly but this is the first time I’ve seen a Painted Lady (Vanessa cardui).  It was collecting nectar from the thyme and was finding so much I had time to take lots of photographs. 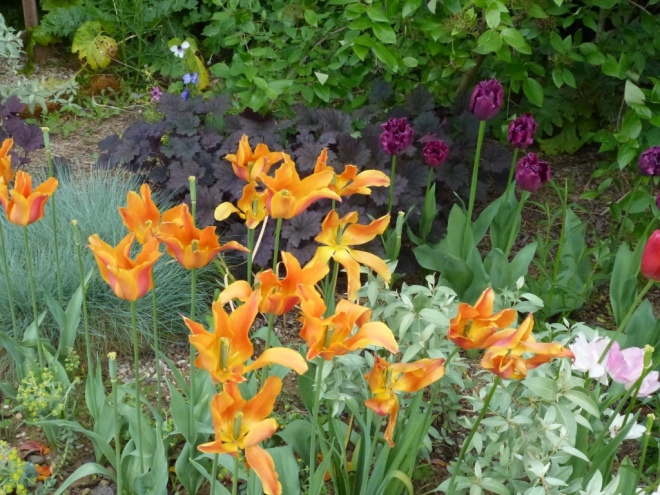 Doesn’t T. Ballerina (which is fast becoming my favourite tulip of all) look fabulous against the Heuchera?