Despite a week with rain at some time each day, the slope reflects the fact that it is summer now.

Stipa tenuissima is blond rather than green; Californian poppies (Eschscholzia californica) are busy making seeds rather than flowers, as I pass them I hear the snap of them bursting to release seed for autumn or spring plants; Oleander is flowering as never before.  These shrubs are very drought tolerant; they are planted along the central reservation of many motorways although they have taken several years to really establish in my garden.  They are a plant to have in the background, close up they are not so satisfies but at the top of the slope they are a layer of protection for the rest of the garden from the west wind that blows in the afternoon from the sea.

Pink and white Oleander at the top of the slope

More flowers than I have seen before on the Oleander 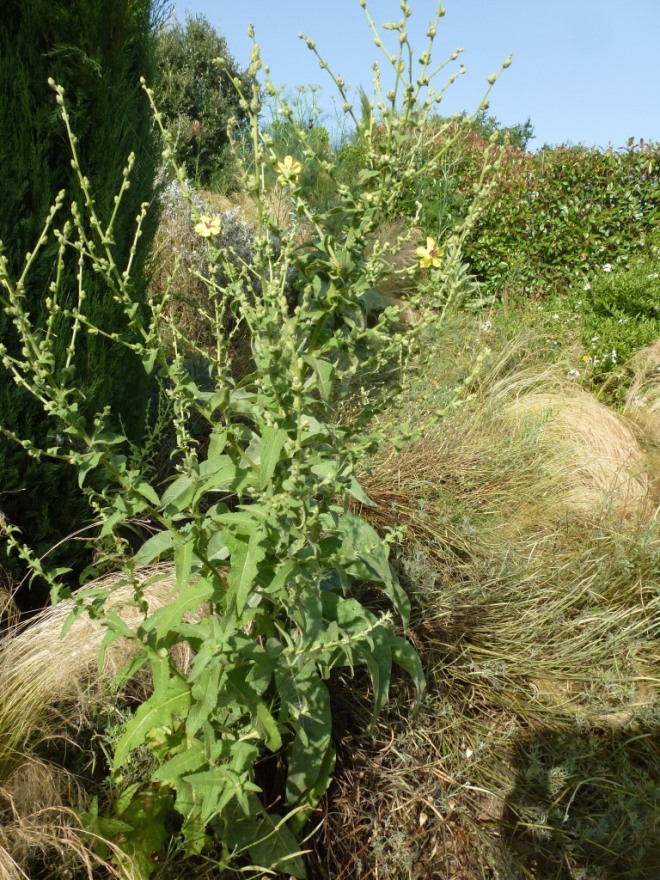 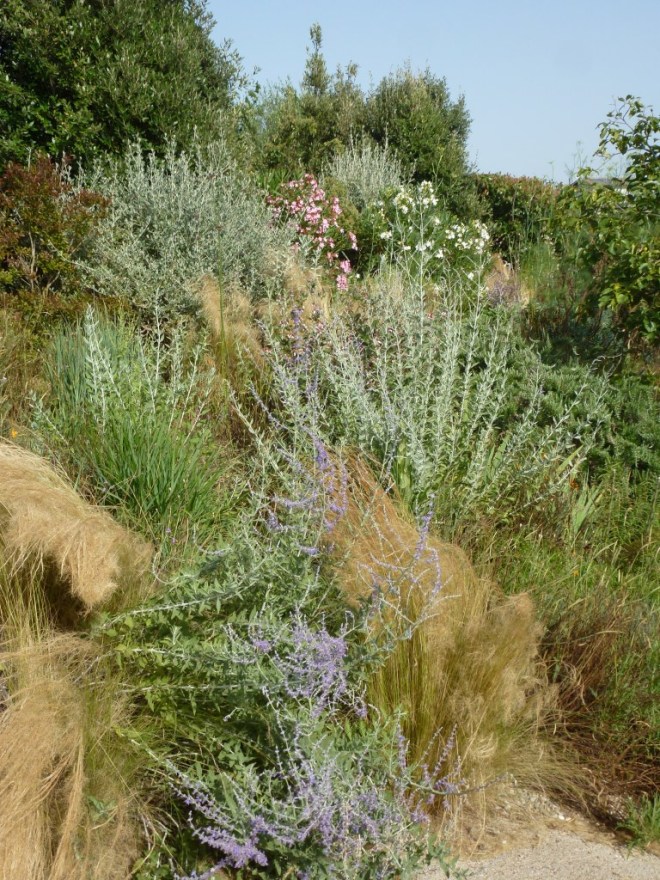 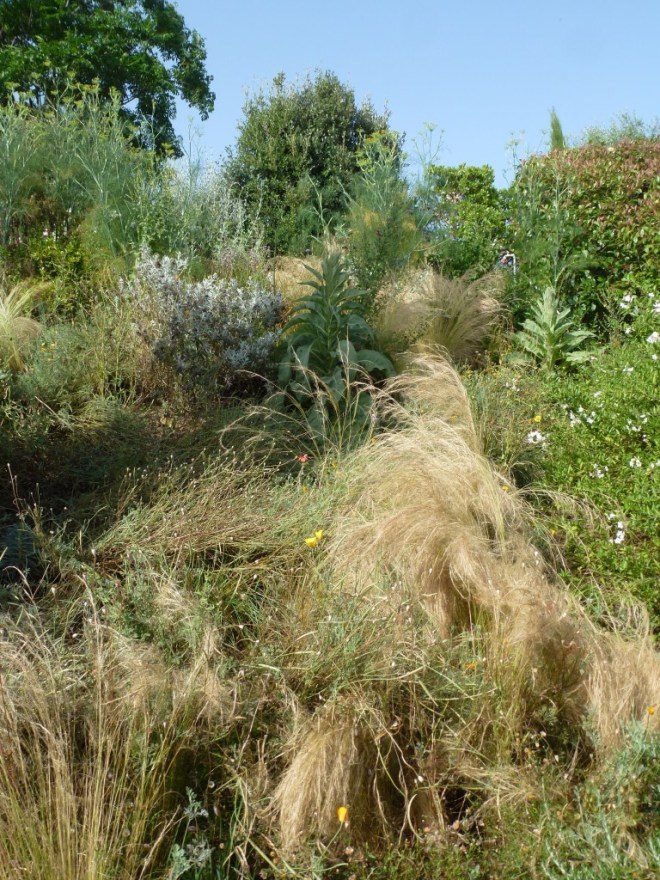 Blond summer Stipa tenuissima in the view up the slope 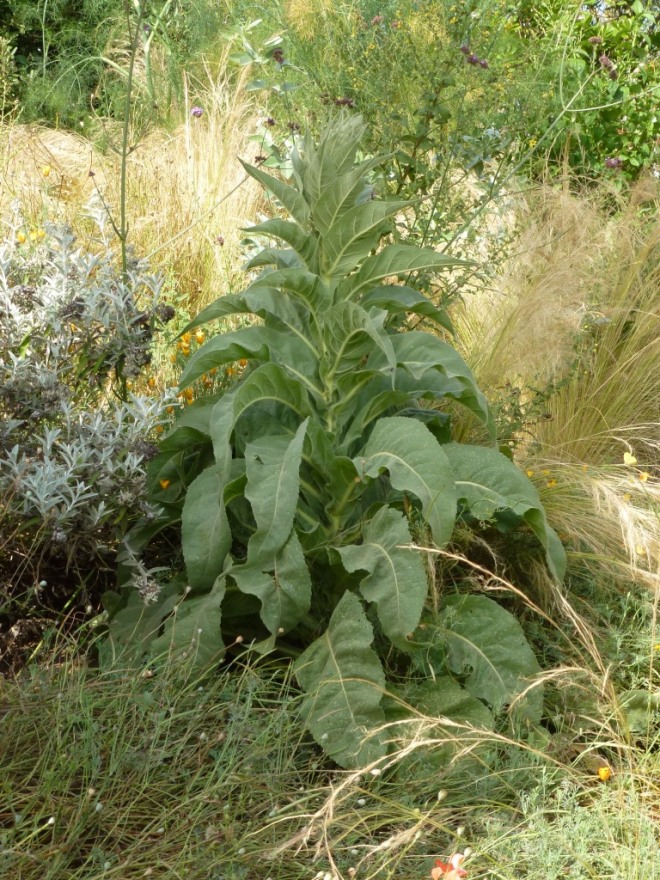 Probably Verbascum thapsus – all the verbascums arrived as seed from the surrounding countryside, so I never know how many there will be

Strangely I also found a dragonfly, I think it is a black-lined skimmer Orthetrum cancellatum.  The only water nearby is an irrigation channel that runs parallel to the lane.

Is your weather as unseasonal as it is here in central Italy?

What insects do you find on your walks around the garden?

25 thoughts on “The Slope on Thursday 26th June”