Well no, not really, just trying to come up with an eye catching title, not my strong point really.  Cathy is always so clever with her titles and as I am joining her for ‘In a vase on Monday’ where she asks us to make an arrangement with material from our own gardens, I needed to make some effort think of something at least vaguely fun!

After finding some videos on You Tube that I included in answer to Susie in last week’s post, I wanted to try again to make a hand tied bouquet.  Again I’ve used mostly daisy shaped flowers including Gerbera, Single mixed Dahlias with the addition of Achillea and orange Leonotis leonurus, which is flowering like I’ve never seen before, I must try some cuttings as a plant of this would be great in the cuttings bed.

There were five of this lovely Gerbera to pick, these plants have been good value, I will try to over winter them in the greenhouse

Flowers having a long drink before arranging 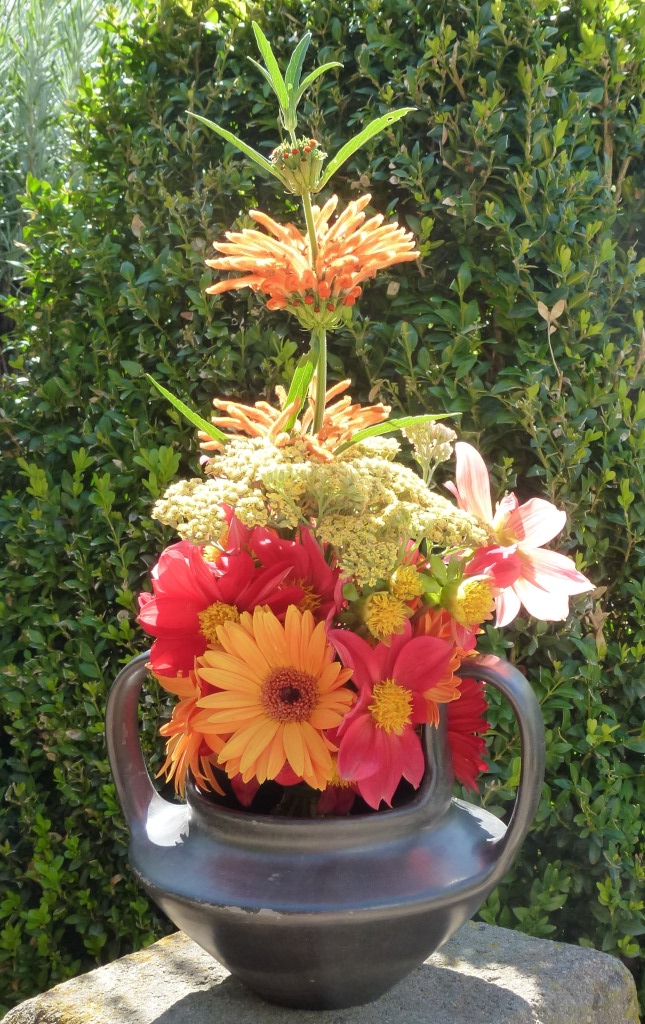 As usual the best images have to be taken outside, standing on a stone plinth in front of the box 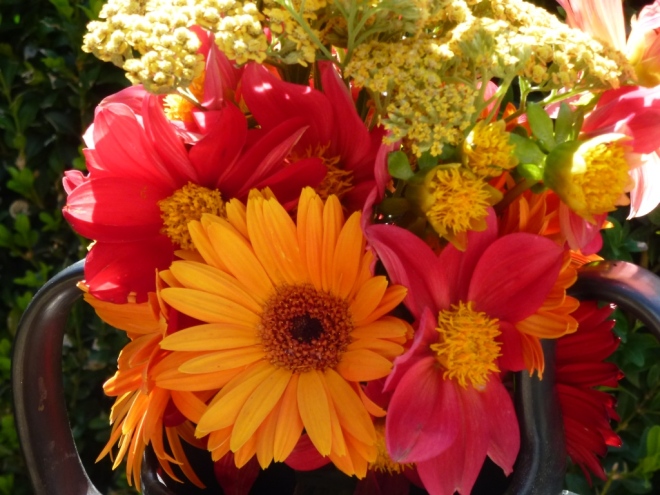 I used the brown glazed vase of Etruscan design that you’ve seen before.

I followed the instruction but somehow my posy is not flat by pyramidal! – I’m not sure how that happened but I like the finished result, it just wouldn’t pass any test on this type of arrangement which appears to have quite strict rules – I’m not good with rules!