We were away at the weekend staying with friends who had taken a house in Tuscany; As today had been forecast to rain from 7 in the morning until 9 tonight I thought it wise to pick my flowers for today’s vase for Cathy immediately – there were a huge number of flowers screaming out to be picked and because of the forecast I picked almost all of them, filling 4 containers!

My intention was to use the rich dark Dahlias with oranges and pinks and create something truly sumptuous, but as always once I began it didn’t actually turn out like that at all; something to try in the future.

My first vase is white (again! I hear you cry) but with added blue fitting as Cathy has very kindly also dedicated her white vase to me this week. 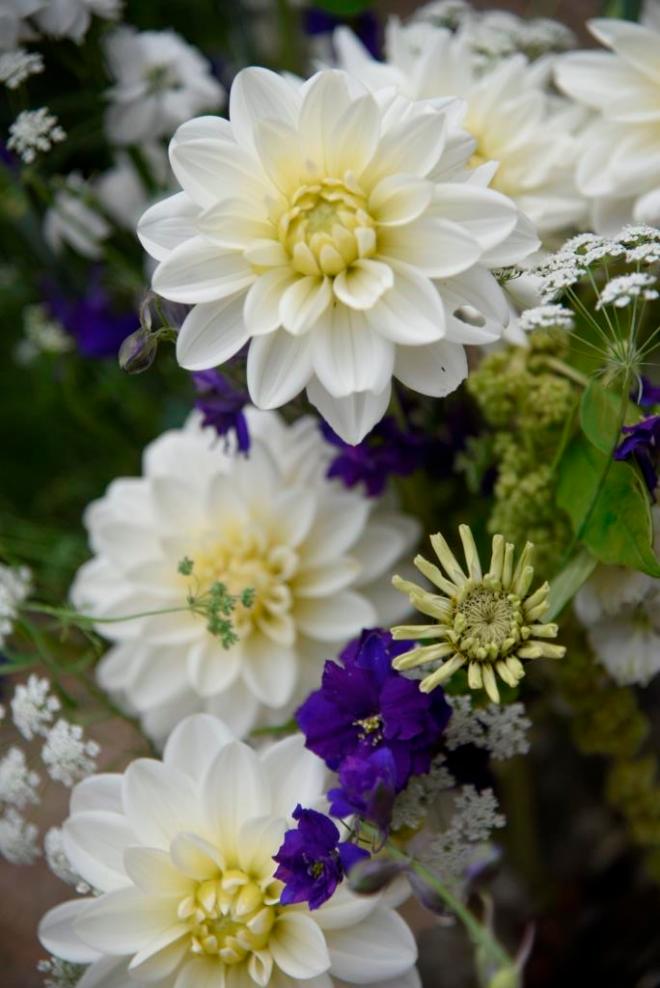 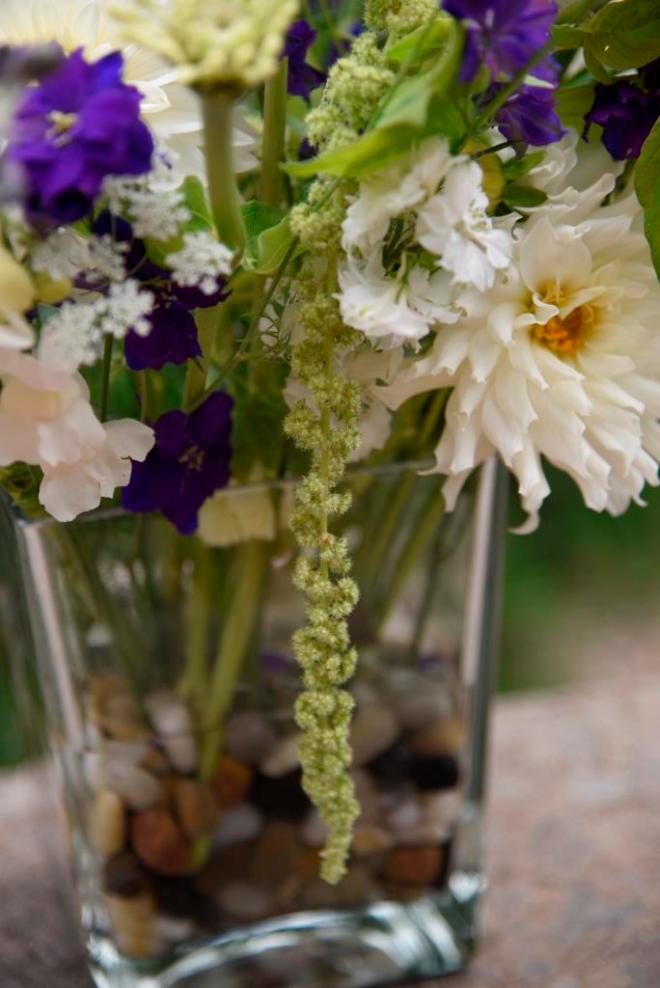 The first Amaranthus caudatus ‘Viridis’, rather short and suffering from black fly so I had to wash them carefully before putting them in the vase 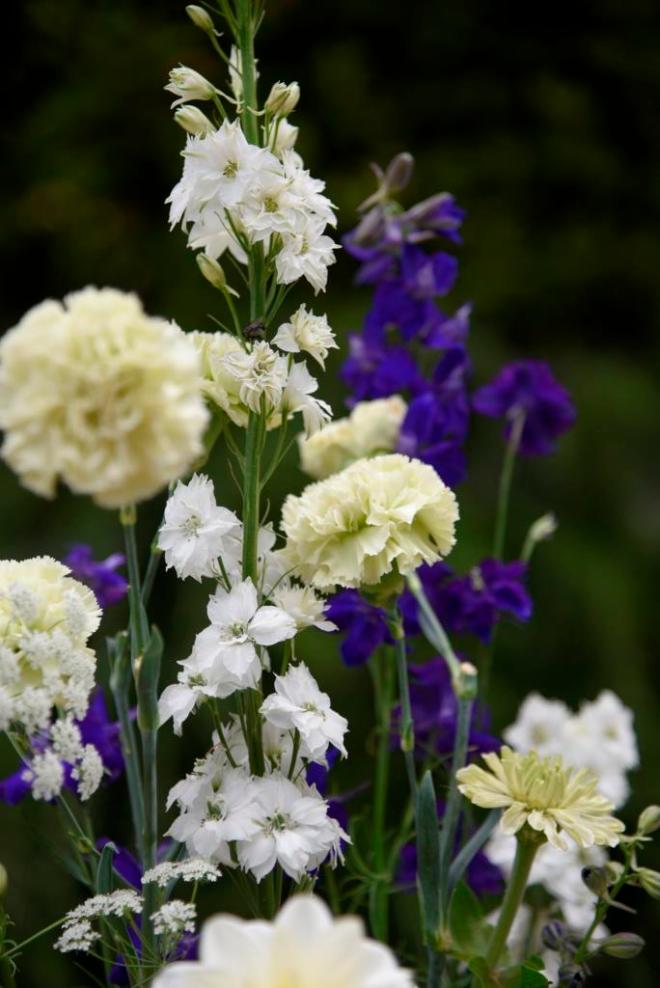 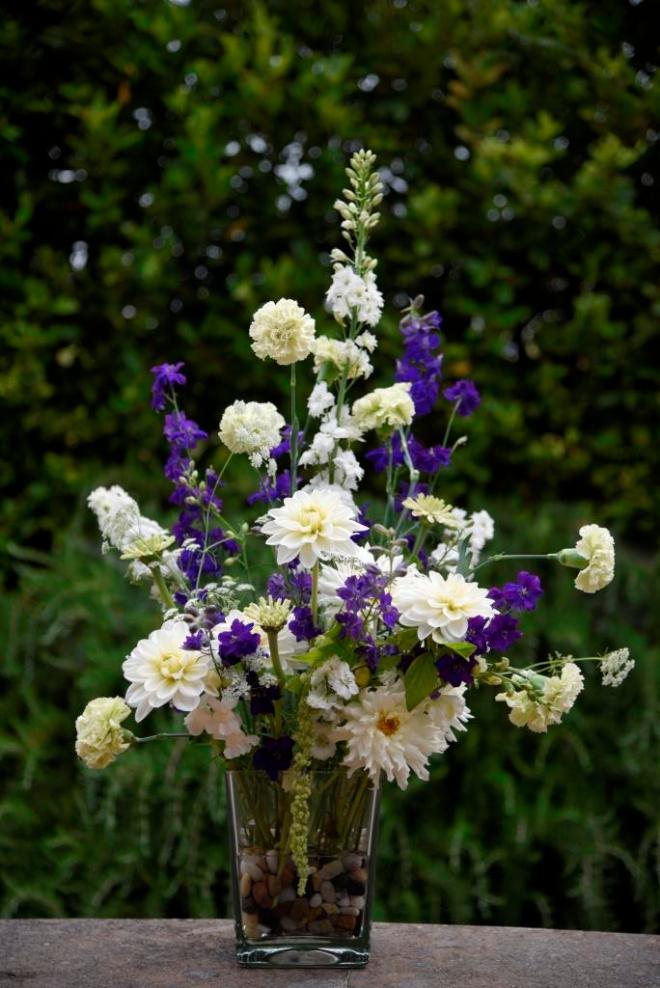 White and blue – In a vase on Monday

It hasn’t actually rained continuously as had been threatened so I managed to photograph this vase outside, always more successful if I can do it.

While we were away I bought a new crystal vase from a great factory shop.  It has an interesting shape in that the base is square but the top flares out to be round. 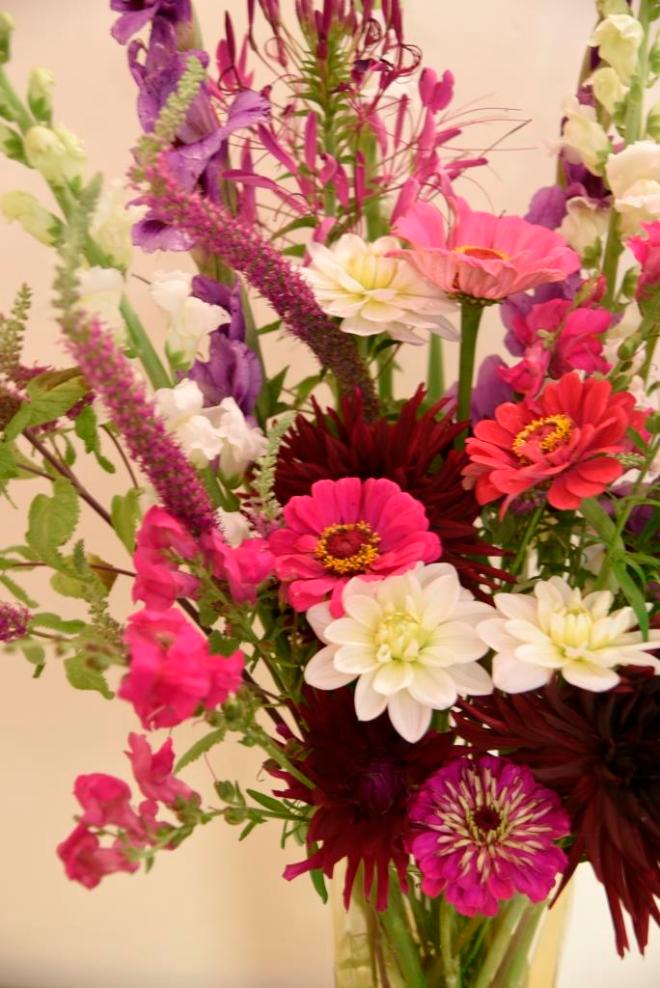 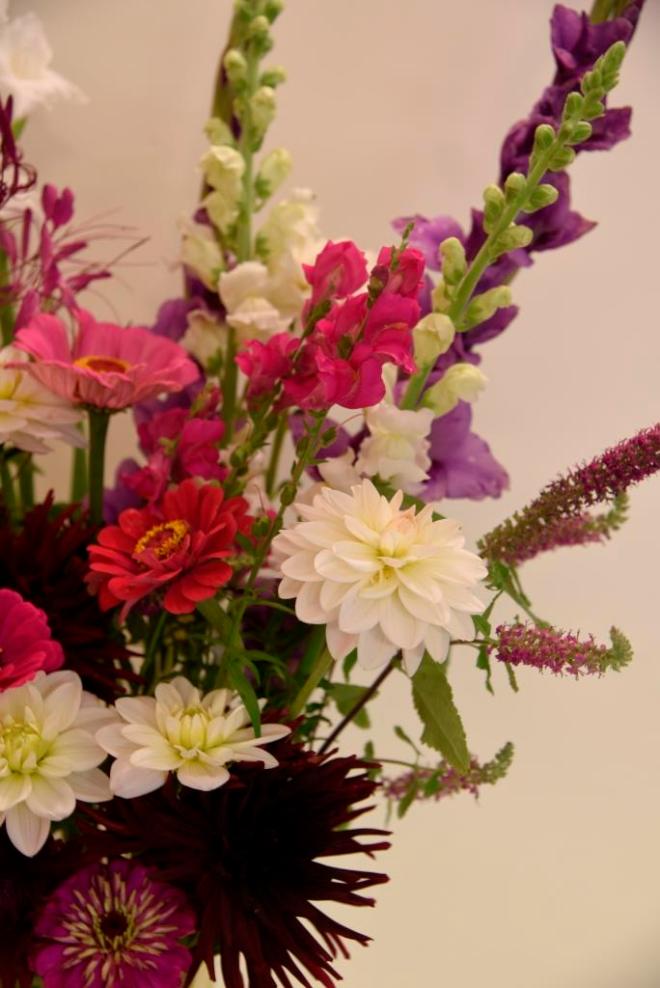 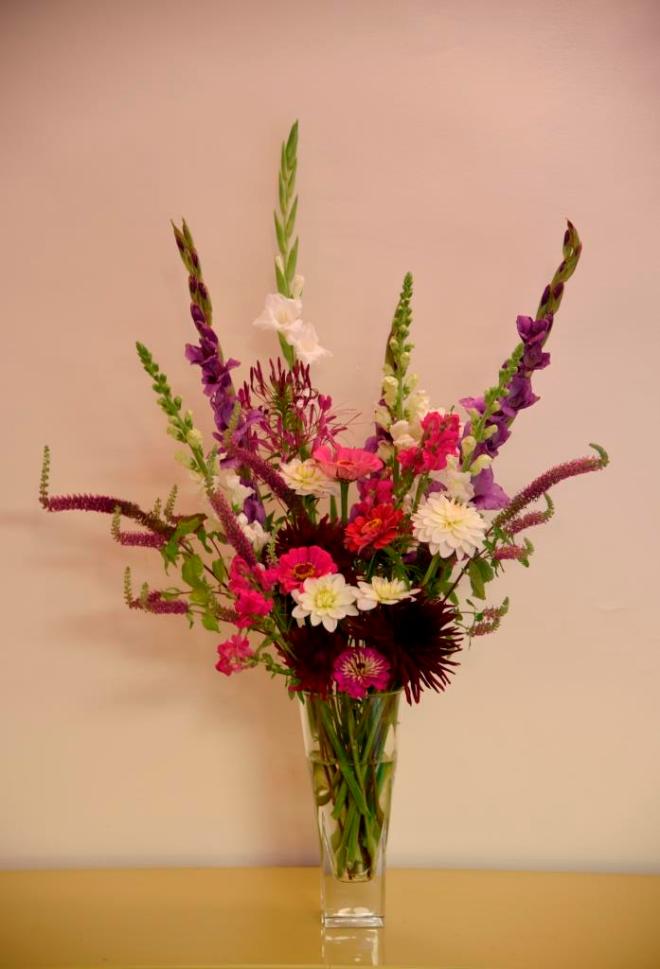 In a vase on Monday 2

There are more flowering still in the buckets so I will perhaps achieve the orange and dark colours I’d first thought of.

So as always thank you Cathy for hosting and do visit her to see her gorgeous vase today and to find links to other vases which I’m sure will all surprise by their diversity.

If the rains holds off long enough I will try to post about the cut flower beds again tomorrow; if any of you would like to join me, just leave a link with a comment.