Monday is the day to pick flowers from your garden, pop them into a vase and join Cathy at Rambling in the Garden.  I’ve always loved having cut flowers in the house but rarely did so before deciding cut flower borders were the way to go; this meme has kept the momentum going when other things could have got in the way of actually picking and arranging the flowers.

Many of us have Rudbeckias in our vases this week; mine have been demanding to be picked for a couple of weeks now but other flowers attracted me more; I did take a bouquet to a friend last week but this is the first time ever) they have been the main focus of a vase. 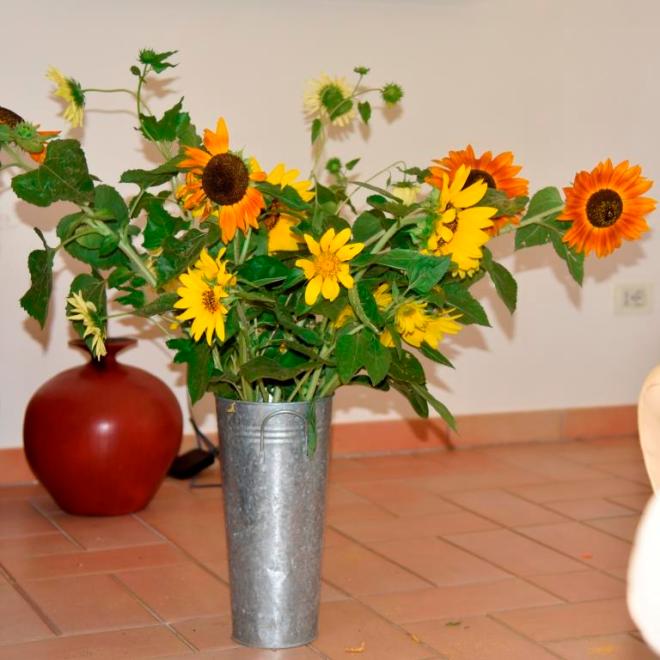 I decided to just leave the rest of the sunflowers in their bucket, just proves what a good shape it is for displaying as well as conditioning flowers 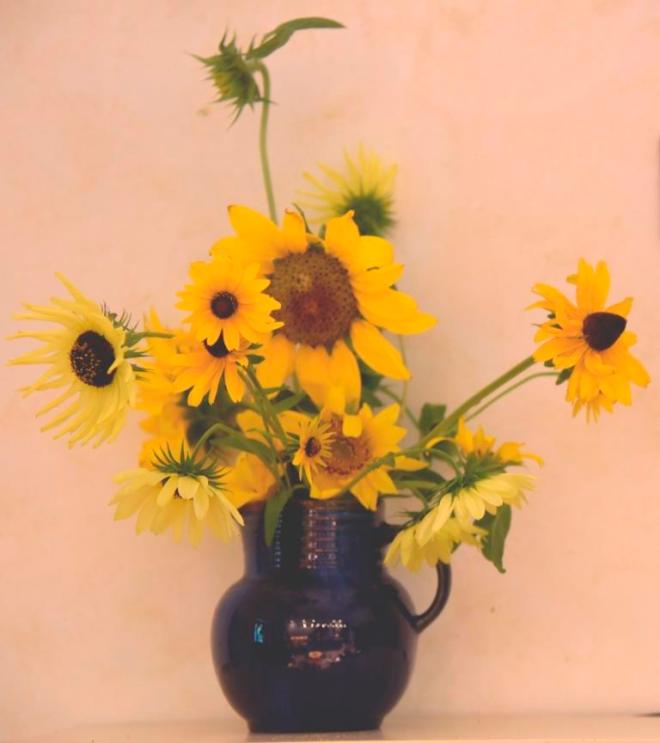 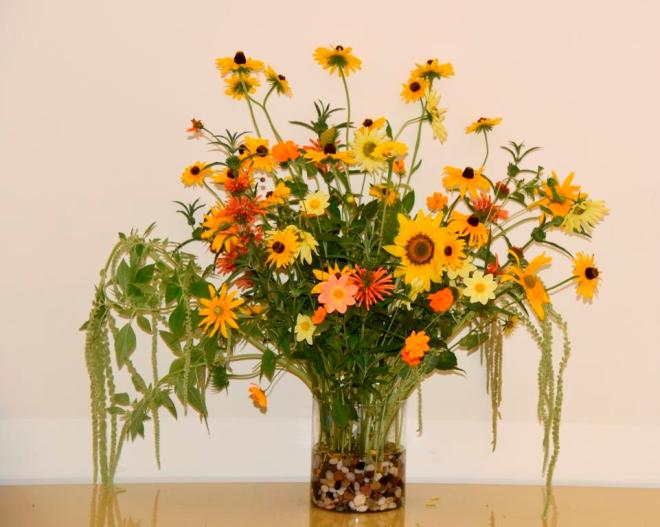 Thanks for hosting Cathy and have a great week everyone – just don’t read the newspapers it’s too depressing.