Yes, the first rains of autumn arrived on Saturday and Sunday afternoons and possibly through Sunday night too; in no way did it spoil the weekend, rather I felt more alive than for a while; the garden heaved a gentle sigh and already there are new shoots on plants that had been hibernating.

I know the above is irrelevant in terms of IAVOM but I wanted to share the joy that rain brings when it has been dry and hot for two months.

It was cooler too, so my vases were prepared outside and photographed in the sunshine which while it is bright is not now a glaring and sapping of colour as it was even a week ago. 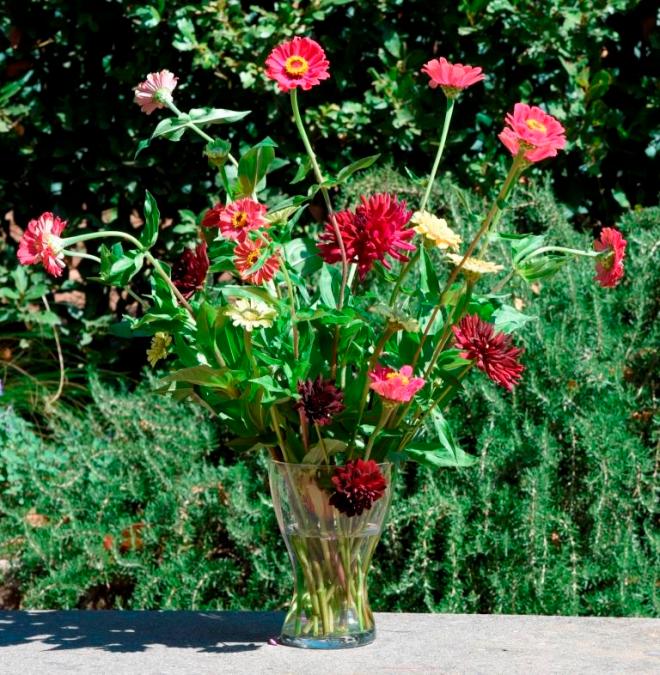 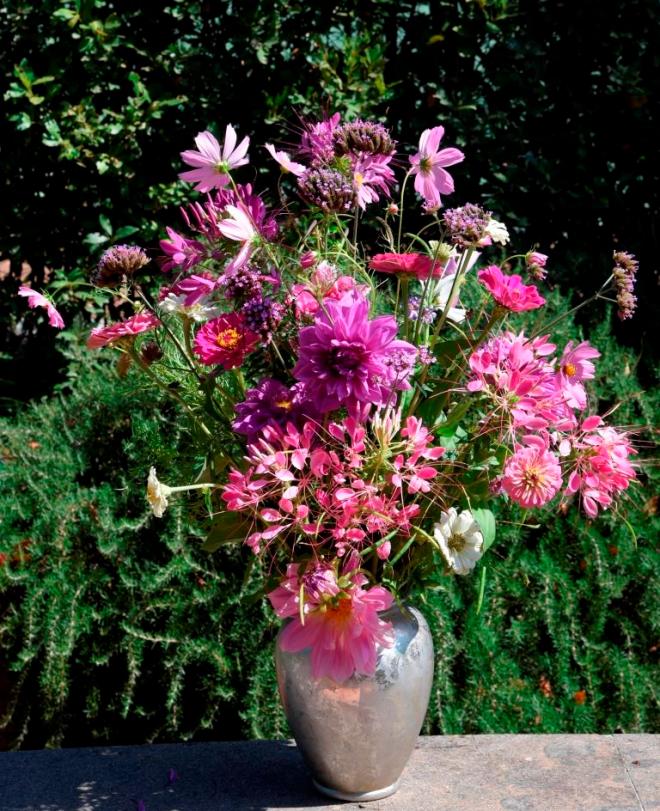 Orange and pink/yellow Zinnias are the supporting caste to fiery orange Dahlias with a contrast from Aster Monch.

This orange Dahlia is shaded with pink.

Orange Dahlia with ruby backs to the petals 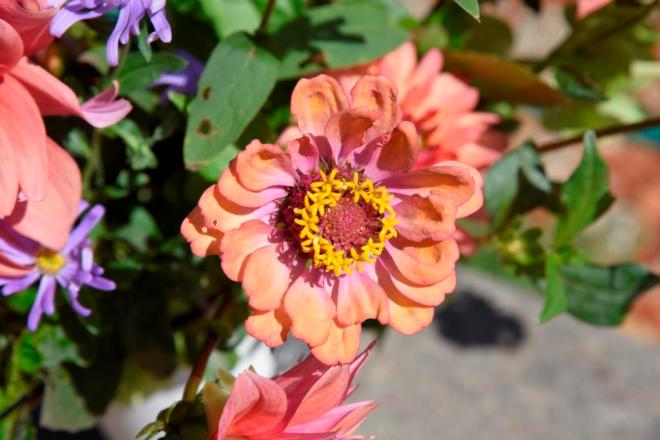 So it is a big thank you to Cathy at Rambling in the Garden who with this wonderful meme has encouraged me to keep posting through the heat and drought of the summer; do visit to see her quite autumnal vase and vases from around the world; so we can begin to enjoy tulips already!

Have a lovely week and may the weather be with you!