Monday brings the opportunity to share what we have found in our gardens to put in a vase with Cathy at Rambling in the Garden.  This makes Monday one of the best days of the week!

Before I show you this weeks vases I’d like to show you last week’s tulips which are still filling the kitchen with the wonderful perfume of honey.  Also you might be interested to see how much they have grown in a week.  Tulips are one of the very few flowers that continue to grow after they have been cut.

We were invited to dinner with some good friends on Friday evening and in the spirit of this meme I wanted to share some flowers with my hostess.

I had quite a few Tulip ‘Exotic Emperor’ and added foliage to make the hand-ties bouquet suitably full. 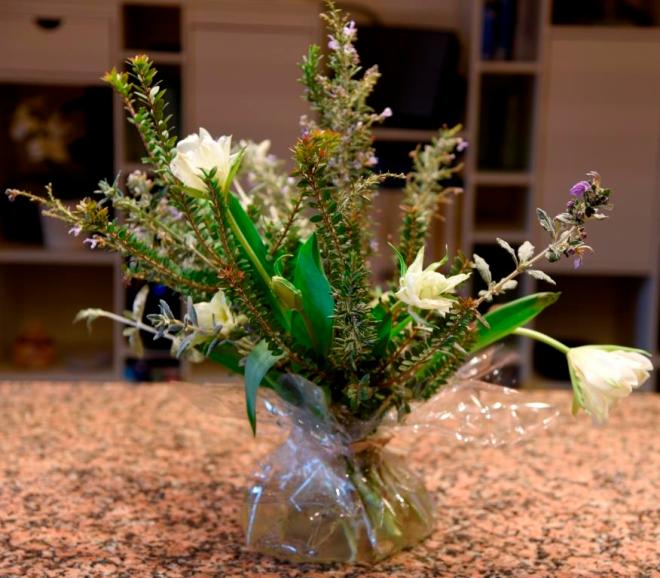 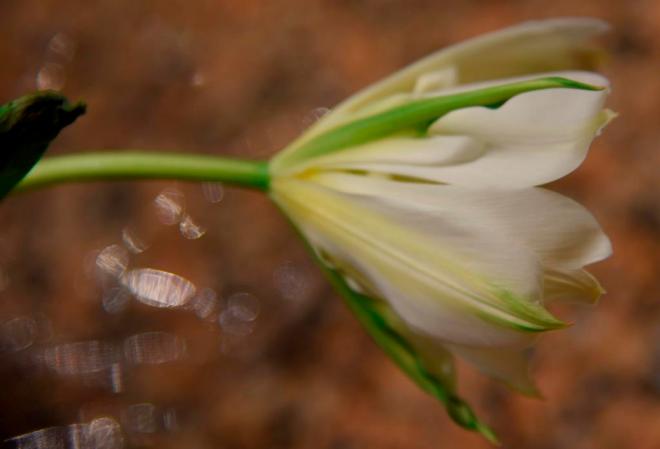 For today’s vase I picked more tulips from pots in the greenhouse.

All had been put in the fridge when they were delivered on 21st September.  T. Exotic Emperor was planted into a pot on 16th November, T. Orange Emperor and T. Double Negrita on 29th November.

In a vase on Monday 6th February

The foliage is Leptospermum Mesmer eyes, the lower side shoots that were removed to go into the vase will be used as cuttings as I would like more of this useful evergreen shrub from New Zealand.

Thank you Cathy for hosting; do pop over to see what she has found for her vase this week, something tells me it might be snowdrops.

Have a great week everyone.

37 thoughts on “In a vase on Monday – Enough to share”