OK, so I know I am a bit obsessed with tulips; but when a flower has so many different colours to choose from, and the different varieties flower over such a long period AND you can control their flowering to some extent I don’t think my obsession is so hard to understand.

Only one of T. Design Impression remains and that was added later

While T. Design Impression is a very beautiful tulip with a beautiful silky sheen it wasn’t a very successful cut flower.  The stems were long but weak and they continued to bend their heads even after being conditioned by being wrapped in newspaper and being placed in water up to their heads for 24 hours. I will let you know how those planted into the garden compare. 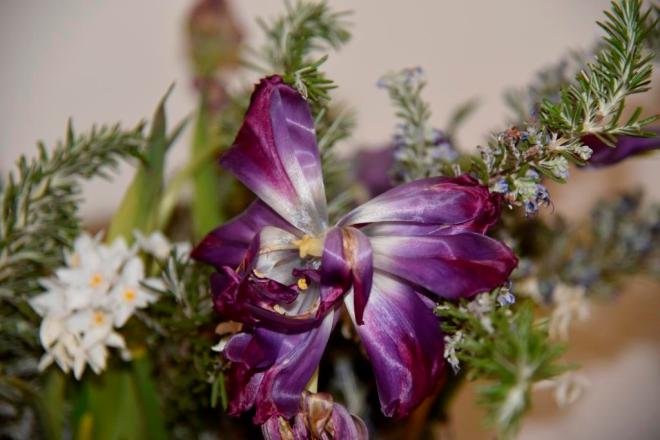 Double Negrita performed much better, which doesn’t surprise me as the single Negrita is one of the longest flowering in the garden and the best for returning year on year.

I have had a little vase with odd tulips and narcissus that have not flowered with the others in their pots in the kitchen all week, changing the flowers as their deteriorated.

a mix of tulips

In a vase on Monday 20th February 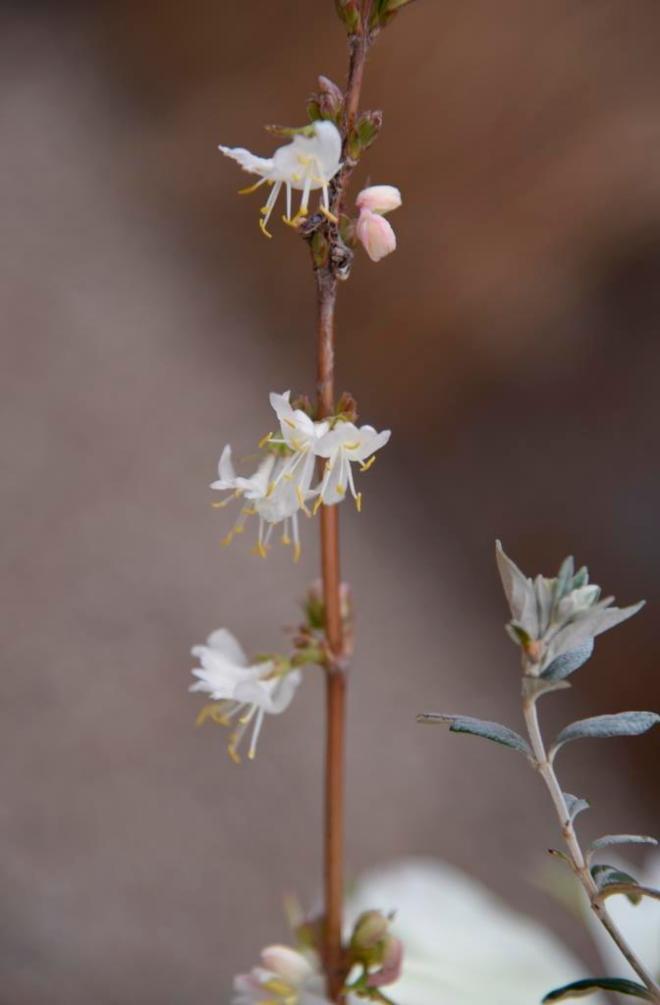 Lonicera fragrantissima has been filling the garden with perfume since the beginning of January, this is the first time I’ve picked some to bring inside.  It is my favourite flower perfume of all. 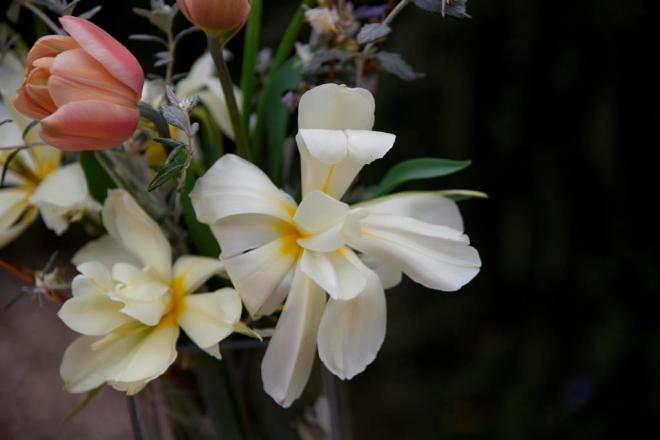 This is the second year I’ve grown Mount Tacoma; these were planted into pots on 16th November after being chilled for 10 weeks.

I haven’t grown La Belle Epoque before but from first appearances I’m pleased I have.  The stems were long and strong and the initial colour is a beautiful two tone shade of peach with varying degrees of green flaming.  It was planted on the 12th December. 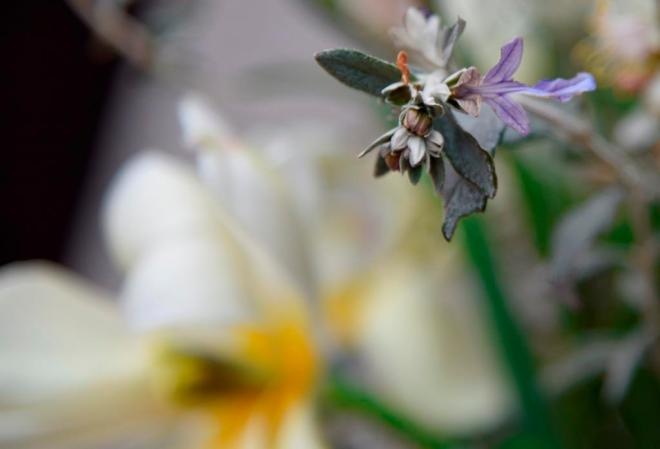 With my thanks to Cathy at Rambling in the Garden for hosting this addictive meme.  Do visit her to see masses of other vases to fill you with joy on Monday.

Wednesday is Garden Bloggers’ Foliage Day here at My Hesperides Garden where I ask you to appreciate your foliage rather than your blooms.  I look forward to seeing your posts.

45 thoughts on “In a vase on Monday – Tulips season continues”