I was away from the garden for less than a week to visit the Chelsea flower show and in that time the weather changed from a cool spring to sudden summer.  I knew it would happen but it still always shocks me.

It was a cold, dry winter followed by a cool (pleasant) dry spring, now it is summer and next week our temperatures are forecast to be into the 30’s °C; what does this mean for the garden?  Well, I can tell you it means that many plants are already stressed; I don’t remember seeing the garden (or the countryside) looking so parched and stressed this early in all the years I’ve been gardening here in Lazio (since 2007).

The major players in the garden have come and gone; the tulips were fabulous and I had them to pick from the end of January until April; the Irises were outstanding this year, they were slightly early but because there are a lot of different varieties they were flowering until I went away on 20th May.  The garden is still providing flowers, more the supporting flowers than the stars but the heat is already shortening the time I want to be outside working or even walking around with a camera. 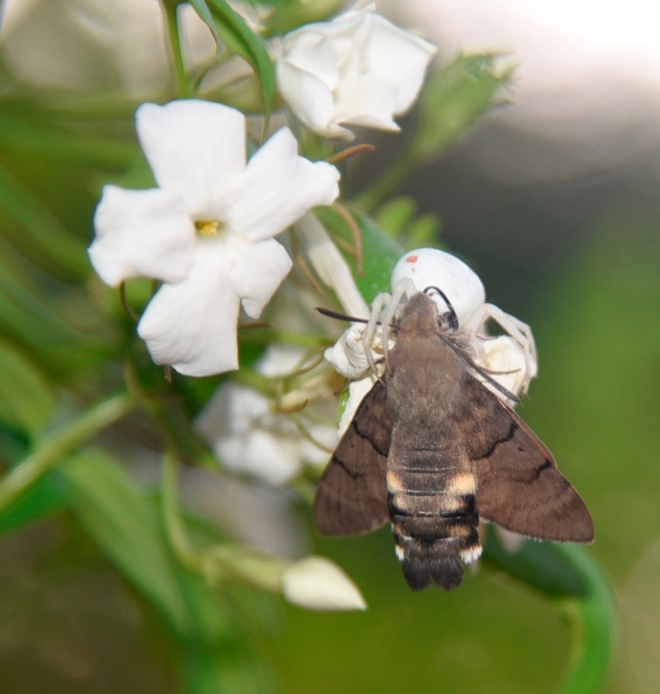 Jasmine attracts many insects and butterflies, here I think a variety of Hawk Moth

Here is the Upper Slope Path now (30th May)

and a reminder of how it looked earlier in the month.

Stipa gigantia is doing its wonderful thing in the lower island 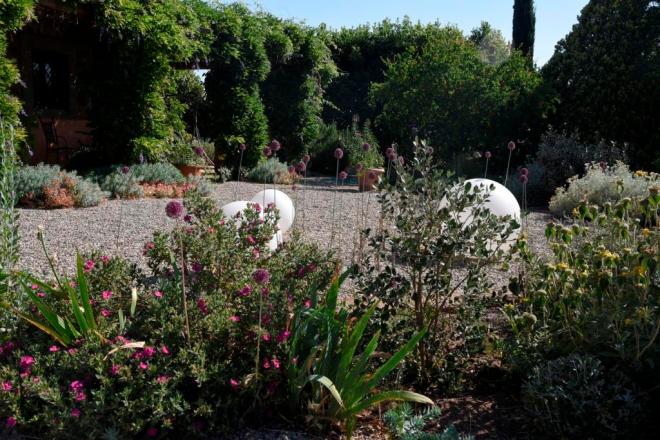 Looking across the garden with Cistus and the Alliums with the pergola above the terrace now thickly covered with Wisteria foliage.

When this area was part of the Formal beds I tried to establish wild Alliums to grow by sprinkling seed whenever I found any ripe heads around the garden or in the countryside; very few ever made an appearance – I think they needed more time to build up their bulbs because this year the gravel is full of them! 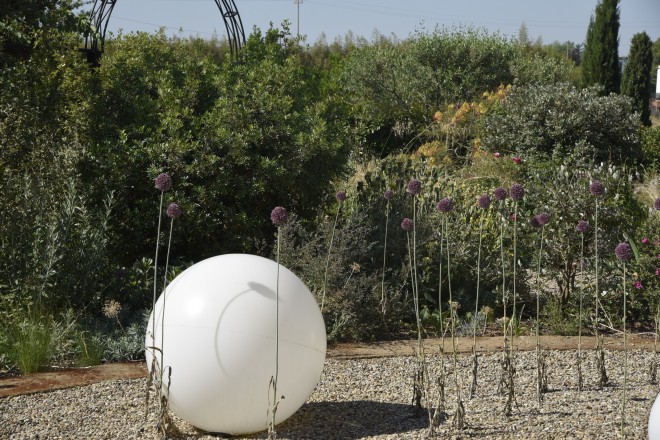 These wild alliums have been making a statement all month 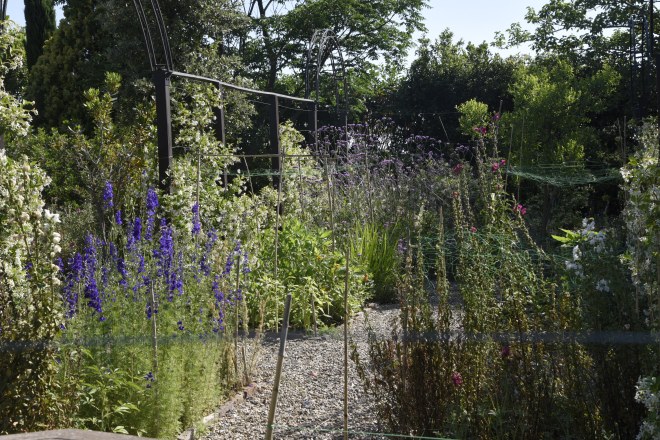 The cut flower beds are all planted now the Larkspur is the most prolific plant at the moment!  All self seeded from plants in the same place last year.

Trachelospernum jasminoides is now forming the ‘walls’ of the secret garden

I’m pleased with how quickly the Trachelospernum is covering the wires that will enclose the secret garden; I’ll trim it quite closely once the flowers have finished so that it is kept a narrow wall.

Trachelospernum jasminoides is now forming the ‘walls’ of the secret garden 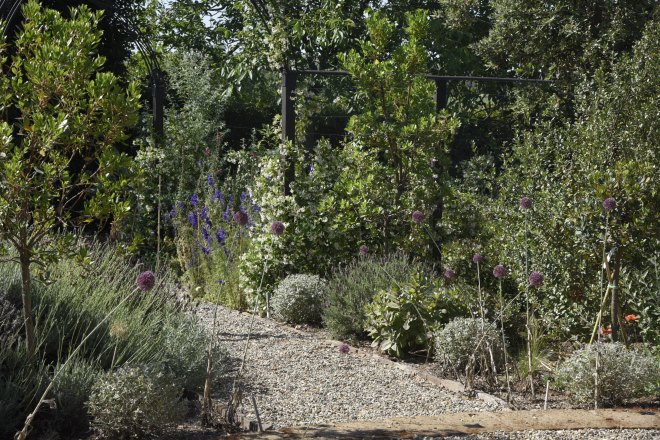 In the bright light, photography is difficult.  With strong shadows making for a Chiaro Scuro effect.

There are many more yellow flowers in the garden now but perhaps this is enough for today.