After writing yesterday that it was unlikely that we would have any rain before September, I awoke to a very cloudy sky and a nice cool breeze.  At about 8 am there were a few drops of rain, but so few that washing I had on the line drying still dried very quickly but then at about 9 am the rain came down in earnest accompanied by thunder and lighting.  It rained steadily for about half an hour, the garden was transformed; mostly I think because all the dust was washed from the foliage it was as if all the plants signed with relief, I know I was energised by the change in temperature, but then…….

I had been invited to a fellow gardener’s for lunch, we were both revelling in the cool air and a little rain was still falling.

After lunch (i.e. at about 4   pm) while enjoying an iced coffee we became aware that the wind had really started to blow; I jokingly said if it’s blowing this hard here it will be a tornado at my house……

I arrived home home at about 5,30 to find the top 3 metres of the cypress by the drive laying across the drive.

I dragged the broken top of the tree off the drive

It was heavy so I only pulled it the minimum I needed to to be able to pass with the car; I bent the top around so the image above doesn’t show the full length that broke off. 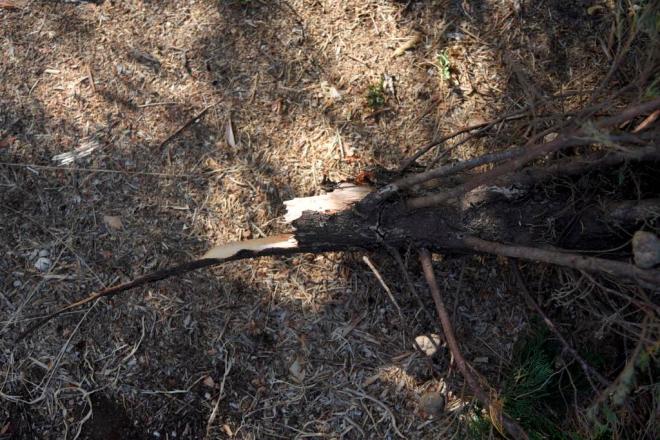 The break – the trunk is about 4.5 inches across.

Then I checked the sweetcorn, oh dear. 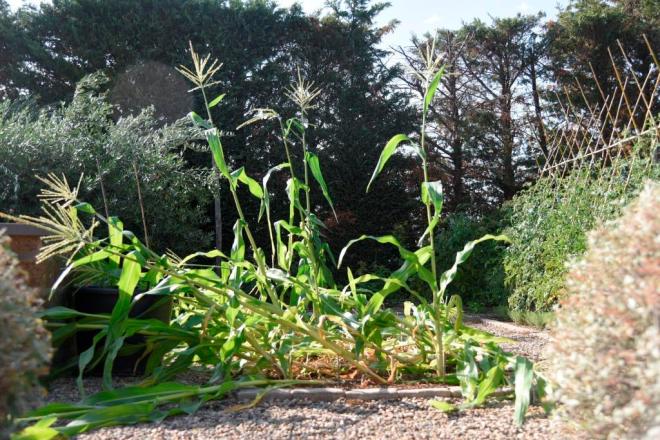 I may be able to stake and tie some up but I fear that this crop is lost.

I think the only solution is to cut the top horizontally to make it look as if it should be this short.  It will then link visually with the three new cypresses that I show often (in the view from the terrace looking west).  All three will be pruned to have flat tops when they have reached the desired height. 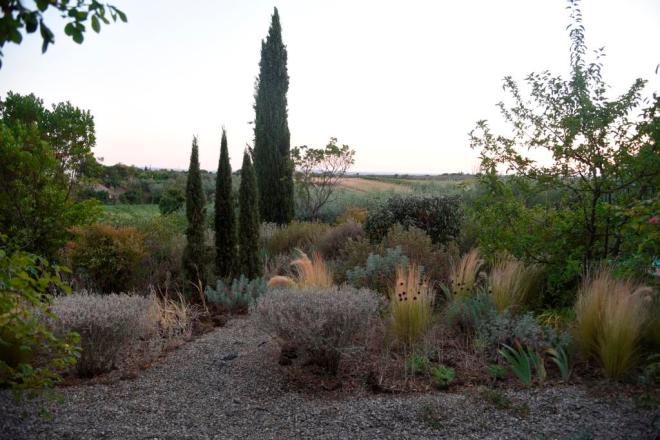 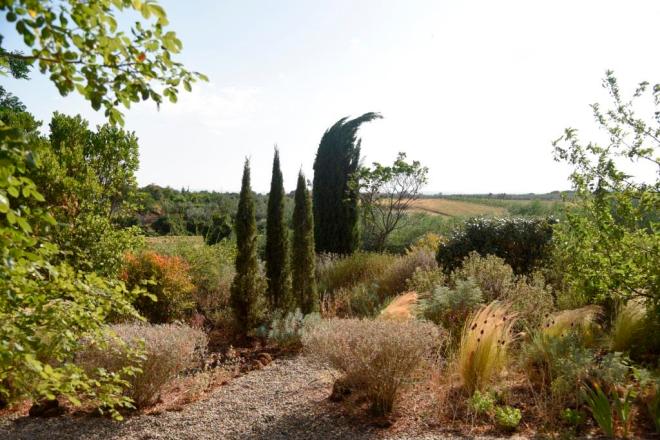 From the terrace looking west today

To add insult to injury the wind also brought down almost all the figs from the tree.  After such a dry spring and cold winter the crop was never going to be large but now I’ll be eating most of it tonight!!