Since last Saturday it has been perfect gardening weather.  I have taken full advantage; I weeded and mulched the two evergreen shrub beds and weeded and cut back the now combined circular rose bed and small island – still haven’t thought of a proper name for this bed yet!

On Wednesday I went to the Botanic Garden in Rome to attend a lecture about pruning all types of roses.  I’m not very successful with roses, never having had a garden with the right kind of soil.  They need heavier soil than the very free draining tuffo I have here plus I know I should feed them more.  But at least I can do my best to prune them properly.

I wish I had taken before and after pictures of the Rosa ‘Clair Matin’ that I pruned yesterday.  I know I didn’t prune them at all last year and although they produced a lot of flower, much of it was on top of the pergola rather than around the pillars.  I cut out a lot of old growth (I hope not too much) and they are now tied in ready to send out their new growth.  Some of the buds were already beginning to break.

Another tulip is in the vase in the kitchen.  T. Van Eijk  has joined T. Daydream.

As you can see ‘Daydream’ has grown a lot in a couple of days and it is now showing the orange colouration on the petals so it is what it says on the label despite my doubts.

In the above macro the black centre looks blue, which is the colour that I think attracts the bees. 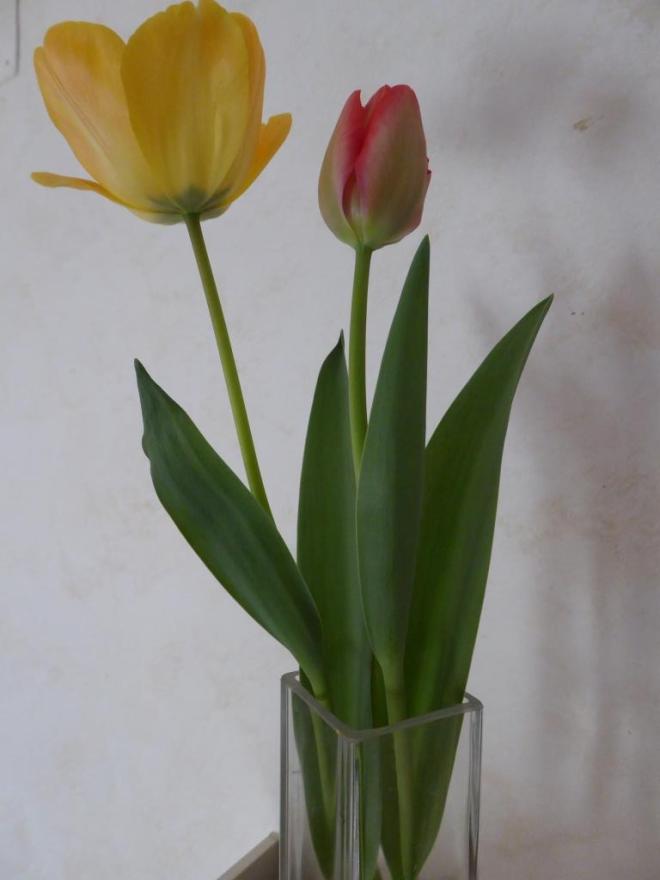 Have a lovely weekend.

37 thoughts on “A busy gardening week”