The garden is at its most beautiful in May; and even though the tulips are over as are most of the Irises the garden is FULL!  When I look at the garden now, especially this year after so much rain this spring I can hardly believe it will all become parched in a few weeks and I will feel sad looking at a garden that is struggling to stay alive.

I think the walk will actually have to be divided into a couple of posts otherwise you will stop reading before the end – I know everyone has a lot to do at this time of year.

The Pomegranate tree suffered badly from the cold winter; it isn’t dead but there are whole large branches that don’t have any foliage yet. It is a case of crossed fingers that it will recover

This was last year’s Tuesday view.

The Left Hand Border is looking prettier than for many years; this border definitely prefers a wet spring, maybe I will have to irrigate it in future

To the right of the path the evergreen shrub borders have grown so much some serious pruning will be needed very soon. 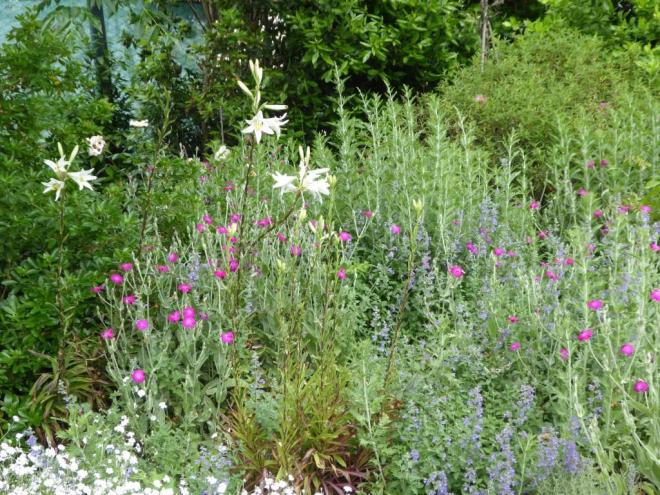 One good effect of the cold weather was to reduce the quantity of red lily beetles in the garden. There were some but they haven’t destroyed the Madonna lilies as they so often do. 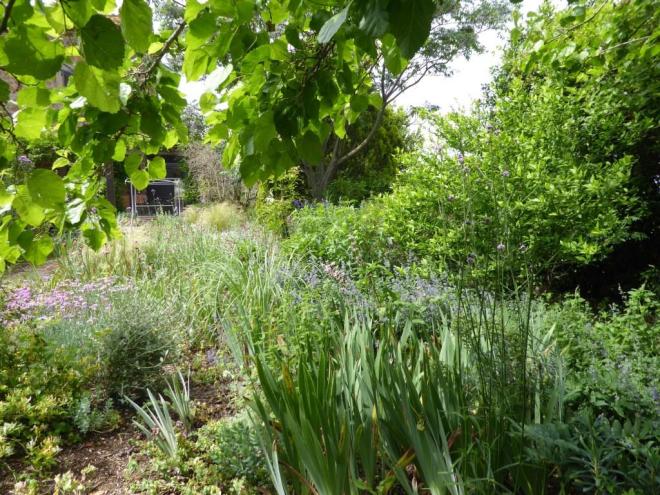 From under the mulberry looking up through the Left hand border

The woodland path is cool, shady and very green – all that it should be. The Sisyrinchium striatum carefully plants itself all along the edge of the bark path

Philadelphus, this strongly perfumed variety follows on after the other one has finished

The Arbutus on the left has struggled to grow since it was planted over ten years ago. It is coming out! 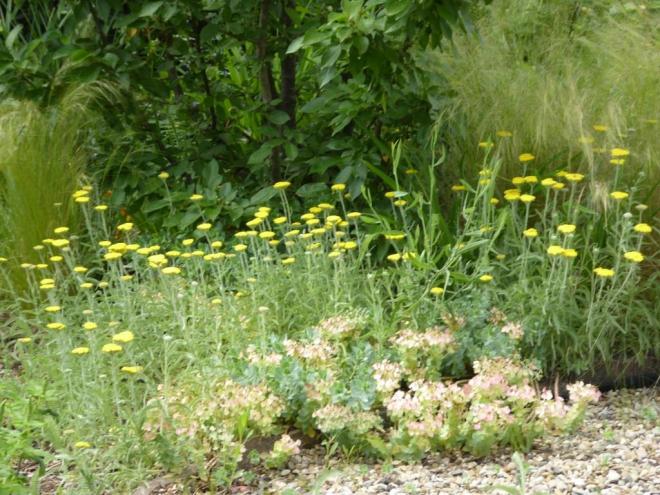 Achillea dances through this bed under the yellow crab apple

I mentioned in yesterday’s post that there were many other flowers almost begging to be picked and late in the day I succumbed and picked all these beautiful white flowers for another vase.

Campanula with the Philadelphus that has finished flowering, the little white stars where the flowers were are rather attractive 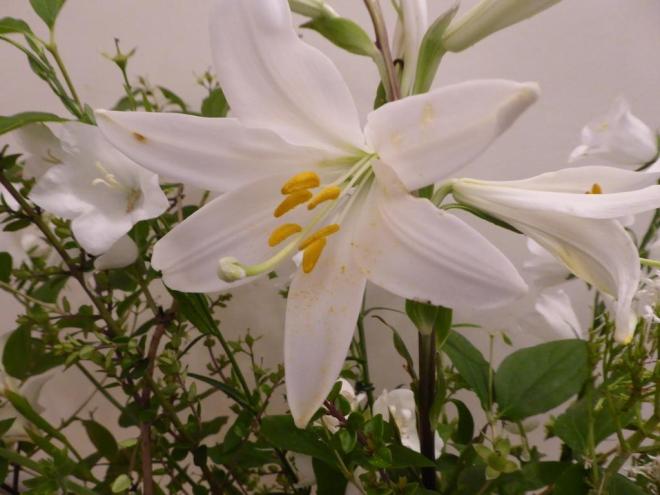 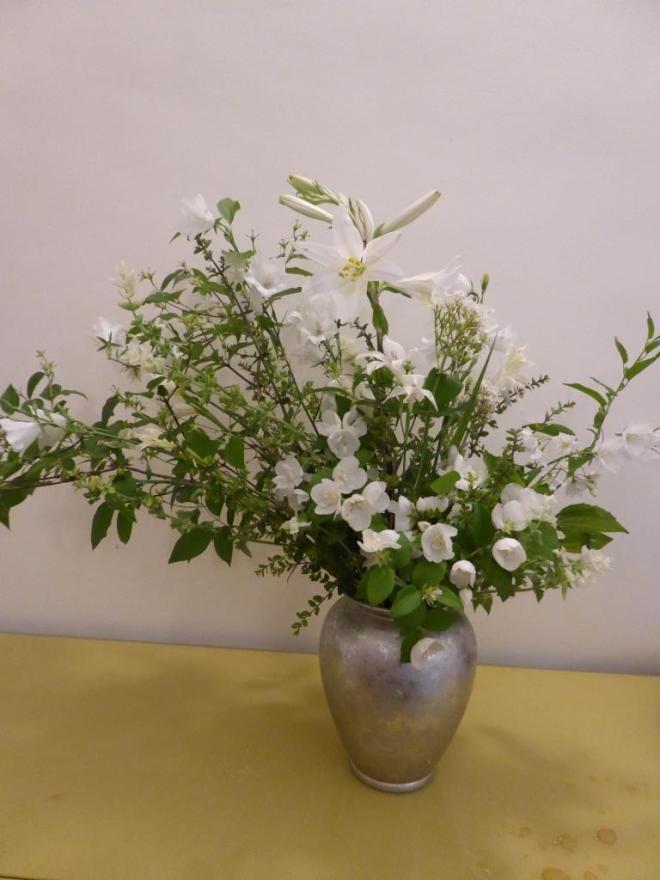 In a vase late on Monday

What are you enjoying most in your garden today?

39 thoughts on “A walk around the garden Tuesday 22nd May”