I am aware that it has been ages since I have posted about the garden.  I have managed to post a vase most weeks but that is all.  Is it that I have been too busy?  or that I didn’t have anything new to share? whatever the reason I intend to post more regularly now that life has calmed down a bit.

The weather this autumn has been good apart from 10 days when it rained almost continuously and the wind was the strongest I’ve ever experienced.  This last week has been great gardening weather and I’ve had the time to be outside, weeding and tidying the garden before winter takes hold, I even planted a few more tulips (although realistically it is a little early for that here).

The best thing about this time of year is the light.  The lower angle of the sun highlights the bright colours of berries and seed-heads. 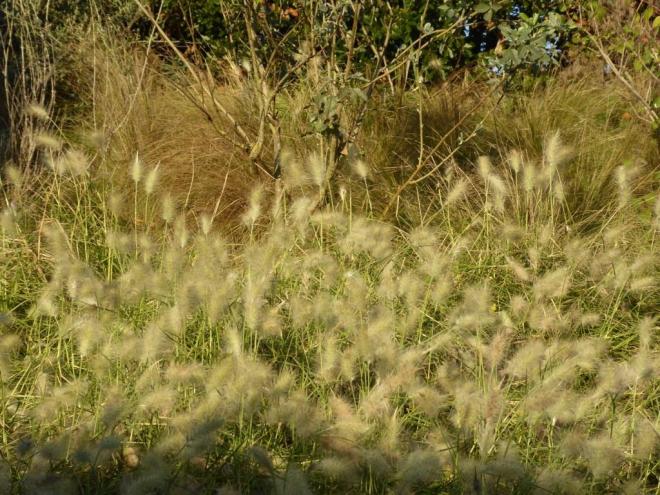 Pennisetum villosum picking up the last rays of the sun 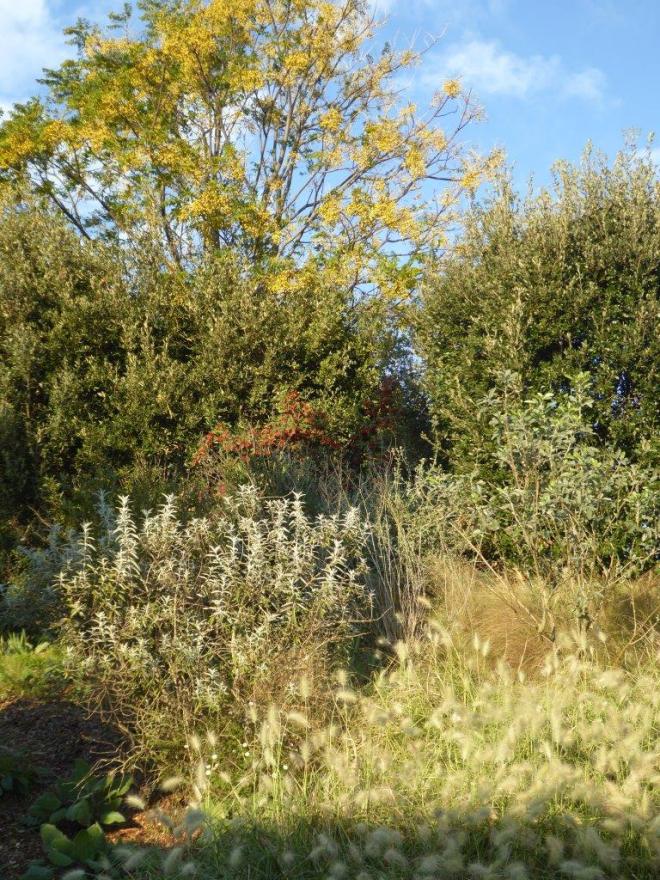 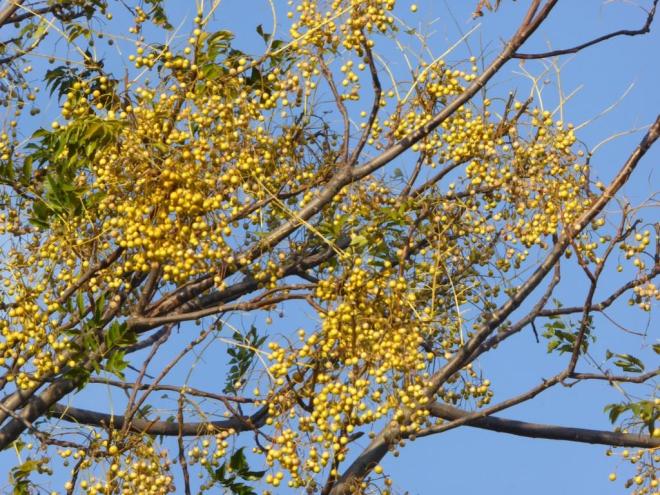 Melia azedarach berries against the sky 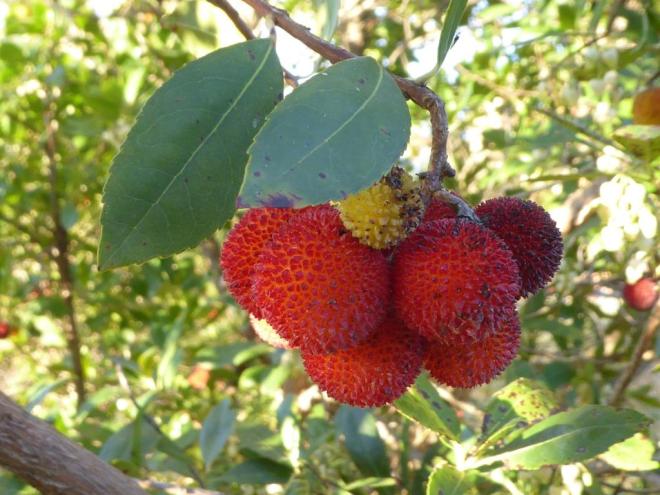 Arbutus unedo fruit – not really like strawberries at all

This is the time of year when Arbutus adds most to the garden, the trees this year are full of flowers with a good few fruits from last year’s flowers now ripe. 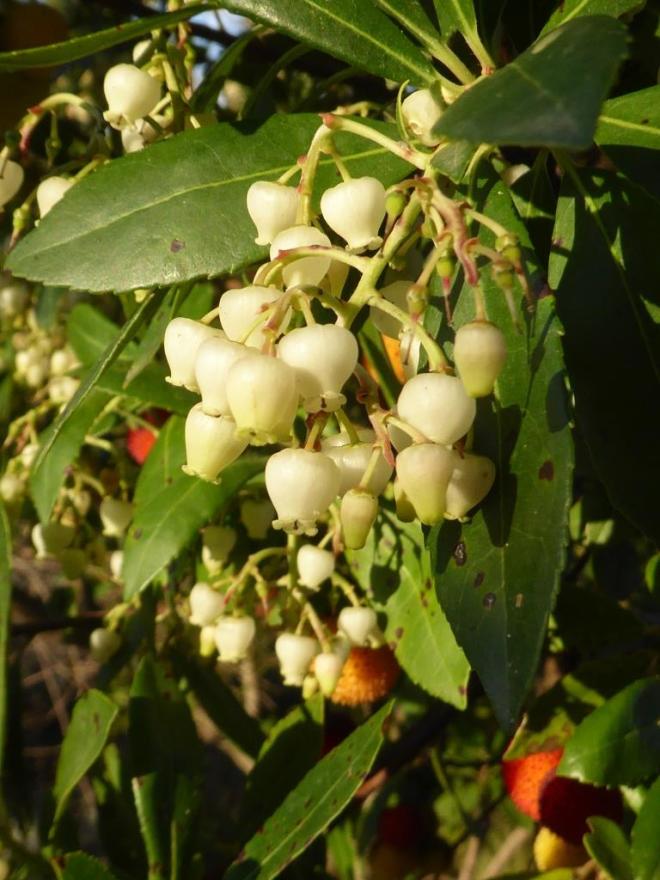 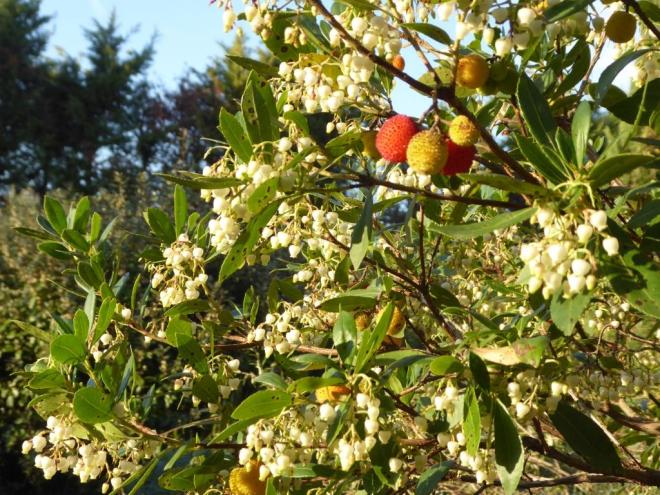 Arbutus unedo there are many more flowers than usual 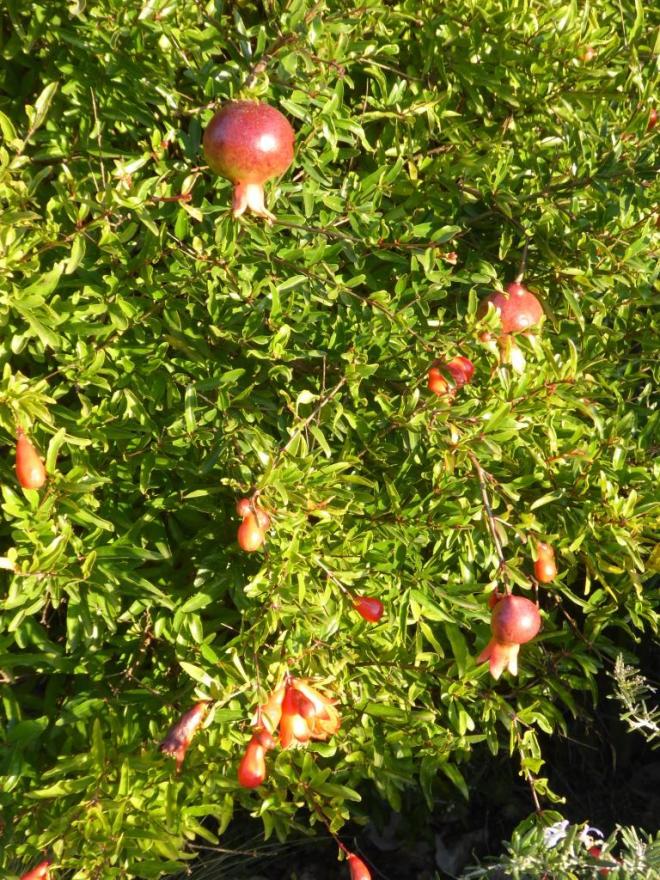 Considering the ornamental pomegranate is supposed to be less hardy than its full grown relative I am amazed to see how well it is growing this year – especially as it seems the beast from the east killed my 80 year old pomegranate tree last winter. 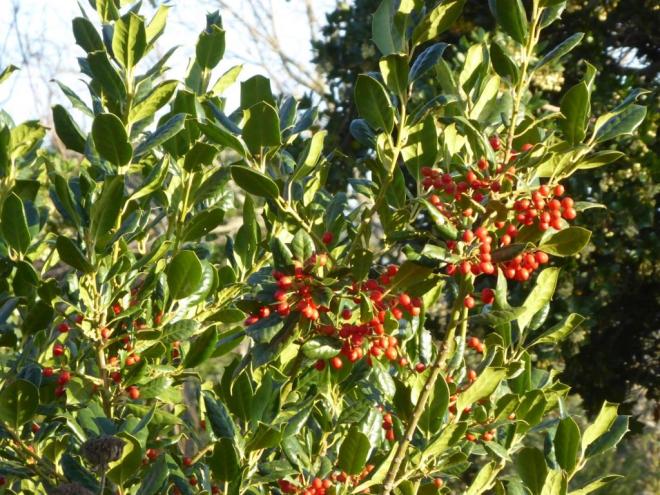 My holly has berries this year, the first time ever I think

Has someone not to far away put a holly in their garden?  I know that holly needs another tree to pollinate it and mine has always produced flowers but never any berries before; or did it appreciate the wetter spring and summer.  Hopefully they’ll still be there next month for me to use in the house as decoration. 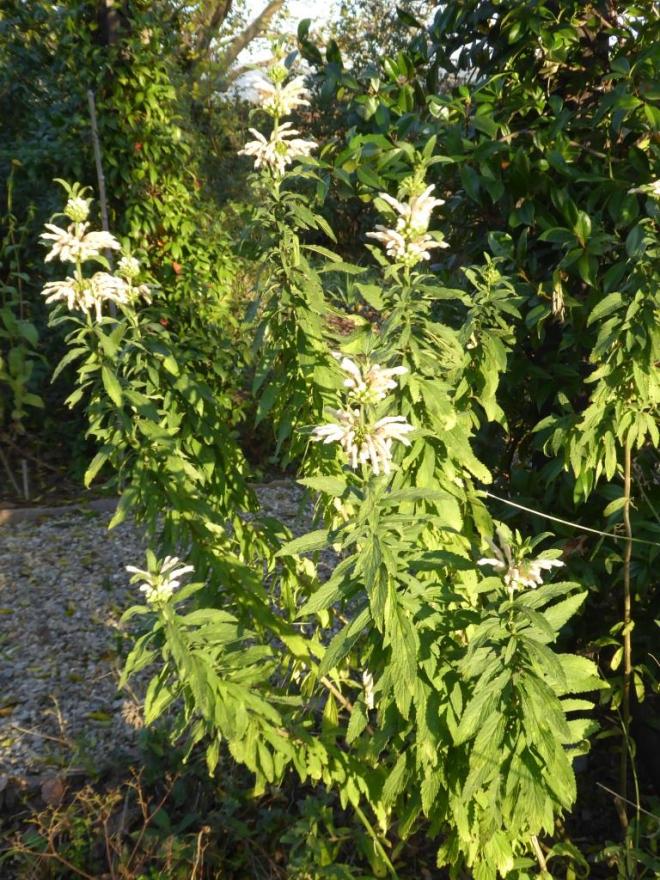 Last year when I met up with Cathy of Rambling in the Garden she very kindly gave me a cutting of her Leonotis leonurus, that she had grown from seed.  It was planted into the garden last autumn and survived (the beast) while my orange variety died.  I think this is a finer form than my orange one as the white flowers hang on much longer.

Have a lovely week.  What is your standout plant this week?

32 thoughts on “The garden in November”