After the excitement of 5th anniversary of this meme and a challenge of not using a vase, this week we are back using a vase or of course anything that will hold water!

I have mentioned on several occasions that Italians don’t usually bring Chrysanthemums into their homes but other cultures don’t have this problem.  I have a Buddhist, friend who bought huge amounts of flowers almost all of them Chrysanthemums for a festival that occurred last weekend.  Very kindly, several bunches were given to me when the main celebrations were over.

So today’s vases aren’t from my garden but are a gift.  As there were some different tones of similar colours I decided to try to use them in different ways.

For the white and purple tones I used my silver vase.

I wanted to try another Ikebana style arrangement, although there maybe rather too many flowers for it to be considered as such.  But I used my Ikebana vase and the florist pins to hold the arrangement. 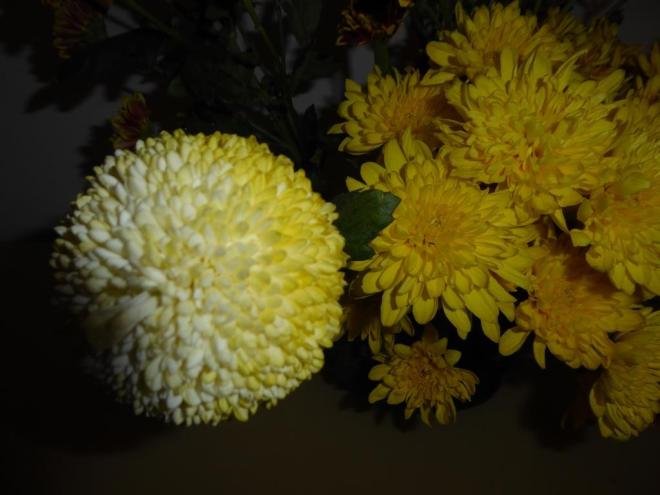 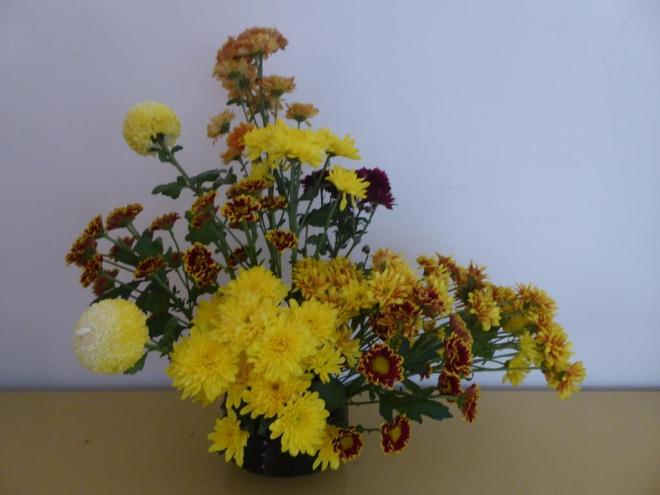 The following vase was made a couple of weeks ago when we had house guests.  This is my over sized carafe, so the arrangement was quite large, about a metre high. 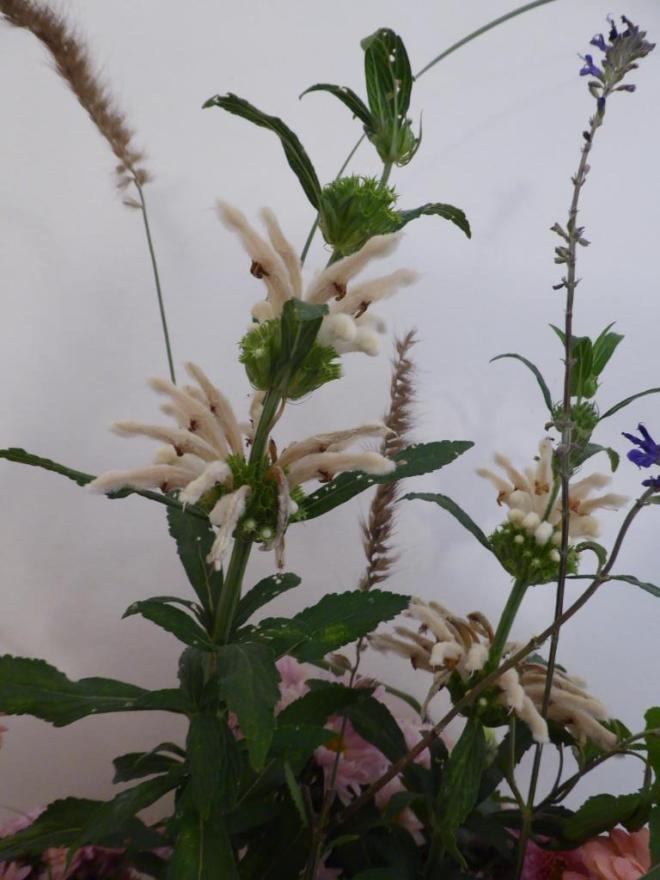 I put some Zinnias into the base of the vase, the condensation cleared and this vase is still going strong now

With Thanks to Cathy for continuing to encourage us with our flower arranging skills and showing us the pleasure of having our own flowers in our homes.  Do visit to see what everyone is sharing this week.