I don’t often join with Chloris at the Blooming Garden when she writes about her favourite 10 plants for each month; however I think it is a good exercise to understand what pleasures each month brings.

As in almost every month this year the weather has been strange!  November began with a week of torrential rain and frighteningly strong winds but then we have had pleasant autumnal day with even the possibility of having our morning coffee outside and could have had lunch in the garden too if the farmer had not been muck spreading on the warmest days.

Last night the temperature was supposed to drop below zero, but there was no pretty frost when I ventured into the garden but certainly the Dahlias and Zinnias are showing that it is very cold now and there is also not enough strong light for their buds to grow and open.

I bought my snowdrops in a small pack from a local DIY supplier to see if they would survive the hot summers here.  They were obviously a very mixed bag as some have flowered in November last year and this so I suppose they must be something ‘special’ – regular reader will know I am not passionate about all the different snowdrops but I do love to see them in great drifts; my few bulbs are spreading by seed but I think it will be many years before they will form a drift!

Another bloom I didn’t really expect to see flowering this month and one bloom is not making very much of a splash, but it is nice to find blooms at this time of year so I am grateful for whatever is willing to flower. 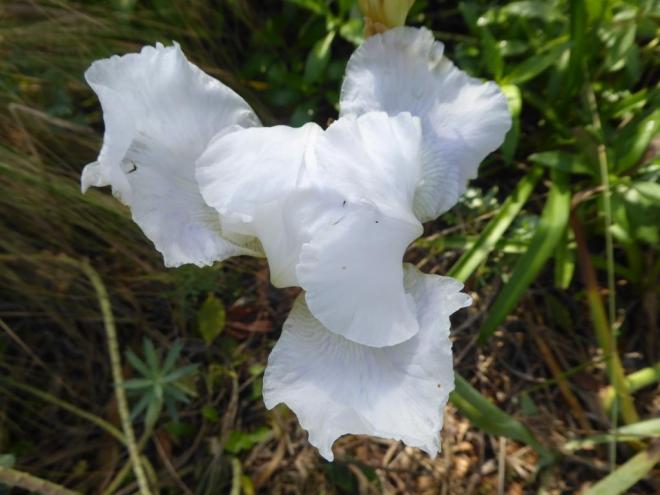 Iris ‘Immortality’ is well known to re-flower in autumn; although mine often doesn’t, this year there have been two flowering stems which may be due to the wetter than usual summer this year.

I showed you this earlier in the month.  It is a very good variety.  Cathy from Rambling in the garden who gave it to me doesn’t remember where she bought the seeds but it certainly has larger flowers than the orange variety I had in the past. 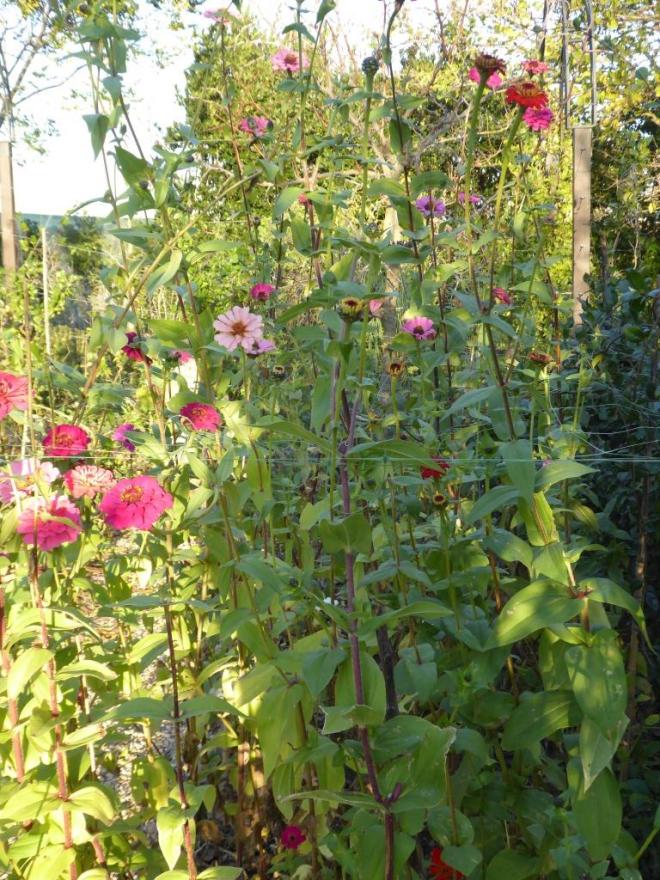 On the 16th of November the Zinnias looked like this, on Monday there were even more flowering

I have never had my Zinnias flower so late in the year, in fact I’ve usually pulled them out by now.

I was given these little treasures by a friend of a friend when they came to visit the garden.  They are South African plants and are obviously very happy in my soil and climate as they have been flowers for months and are spreading in an almost invasive way!

This is supposed not to be reliably hardy but it survived minus 12 in the garden last winter.  It is always hard to find cutting material on the plants in early autumn when I want to take cuttings but there is more material now so I have taken some cuttings as an insurance; the ground is so much wetter this year that it might be that some plants won’t survive if it is very cold.

This lavender was almost killed by the icy cold last winter but has now recovered and has been flowering for a couple of months.  It was a rooted cutting from a friend so I’m afraid I don’t know its name.

Elaeagnus has been flowering since October but is always a favourite, not because of its insignificant flowers but for the delicious perfume that wafts around the garden.

Last but by no means least is Iris unguicularis, the plants have grown much larger this summer again probably because they have received more water from the rain.  There are lots of flowers and I expect that this will appear in my list every month until April.

Do visit Chloris to see her 10 for this month.

It is very hard to believe that we are nearly in December.

24 thoughts on “Flowering in November”