Cathy at Rambling in the Garden has created another vase that defies the season, by giving us more beautiful rose buds, while I am embracing Christmas.I have been looking at YouTube for some different ideas for Christmas arrangements.  I can tell you there are thousands of videos out there some with fantastic ideas, others not so much!

Last year I covered the whole of my sideboard with foliage arrangements with candles and while I loved the exuberant effect it did mean that there was no-where to actually put anything except for the table.  I wanted to create something eye catching and exciting but that I could still put boxes of chocolates, fruit and other things I didn’t actually want on the table underneath the arrangement without detracting from it too much.

I had originally thought that I might fill the vase with fir cones but when I saw the long, berry-covered stems of  Cotoneaster I thought that would look more elegant and interesting inside the vase.

The vase is a tall cylinder (about 90 cm) recently purchased from Ikea.  I uses my pebbles in the base and placed a stem each of Cotoneaster and Cyprus into the vase.

In this image you can see the glass dish I taped to the top of the vase.  It was then filled with Oasis. 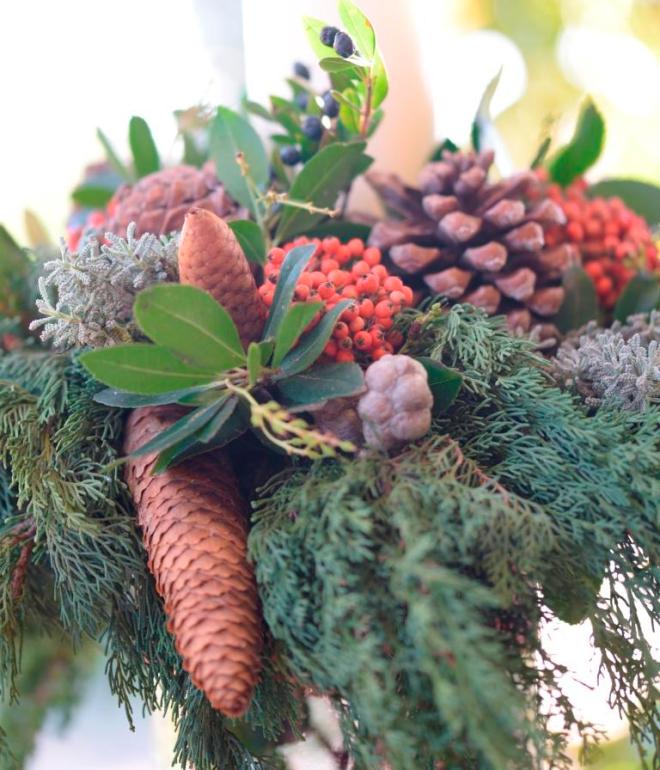 I used cones from Cyprus, Umbrella pine and Christmas tree 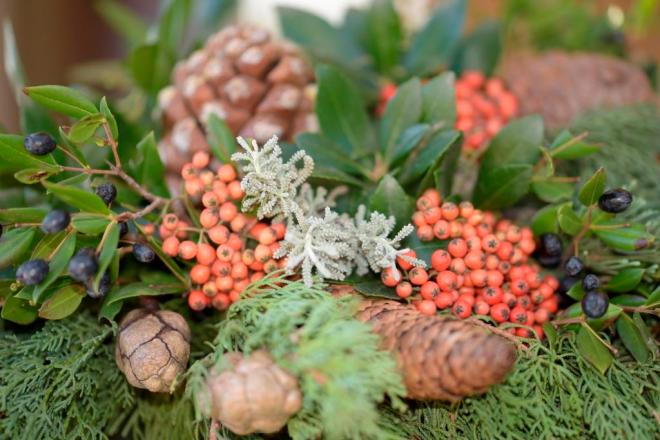 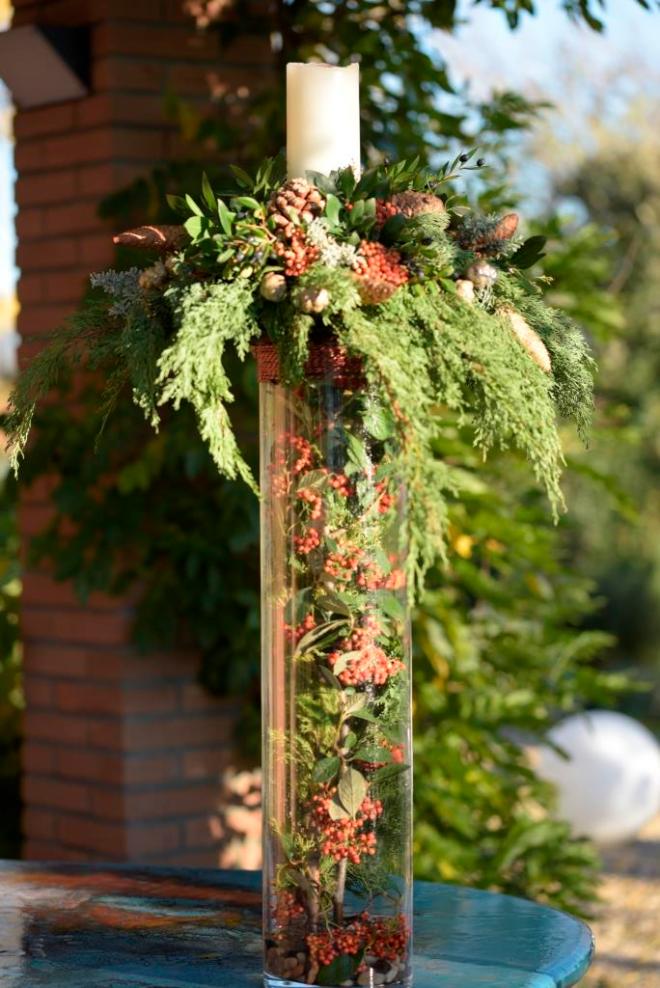 As you can see the sun has been shining today

No one guessed that I had used Melia berries sprayed silver in the Advent crown last week.

Are you getting into the mood for Christmas by making decorations?

37 thoughts on “In a vase on Monday – another Christmas decoration”