There are four identical beds edged with lavender with Box cubes at the corners, they are planted with Perovskia. The front 2 beds are under-planted with Tulipa White Dream and Allium.  There is no summer irrigation.

By the end of July we’d added gravel and look how the Perovskia have grown! 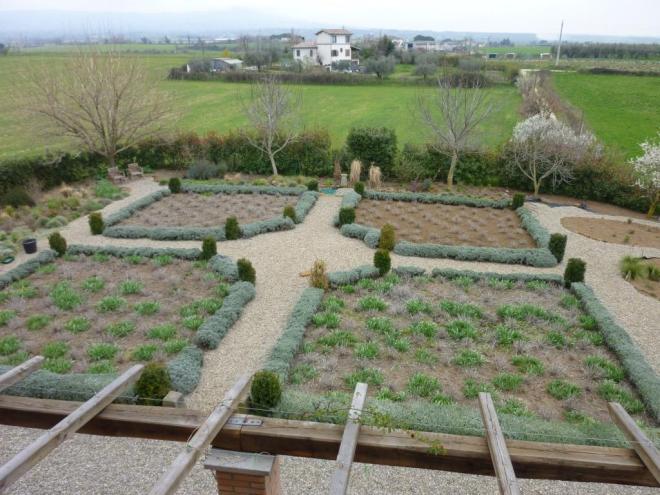 March 2010, waiting for the Tulips to flower

By Easter the Tulips were flowering

Followed in mid May by the Allium

June 25th, the lavender and the Perovskia are flowering

In September the lavender was cut back (this is too late).

The lavender grows so much I am considering changing it to box or myrtle.  Also as I grow older I love the formality of the pruned lavender almost more than when its flowering, though of course I do love the bees and butterflies that are attracted to it, not to mention the wonderful perfume.

30 thoughts on “The Formal Garden”