Yesterday was a lovely day for working out in the garden. It was overcast with only a very slight breeze. It is strange that one of the things I really disliked about England was that often the cloud cover seemed to be low enough to touch my head but here cloudy, dull days are so rare that I now actively enjoy them; but here the cloud is much higher so it never feels as oppressive.

I spent some time tying in the small sized tomatoes. I have to report that the hail on Easter Saturday did more damage than I had first thought; all of the leaves that had shown spot damage just after the hail are now yellow with huge black marks. I will definitely not plant out the tomatoes so early next year, even though the plants have put on lots of healthy new growth, I think they would be further advanced had I planted out larger plants later. Hail can happen at any time here so planting late won’t necessarily save the crop being damaged. 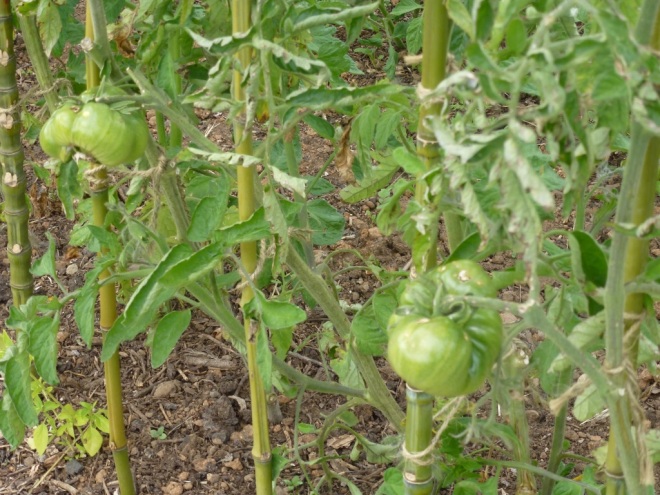 Even this tomato looks like it has a hail damage mark

Rainbow chard, celary, parsley and various lettuce in this bed 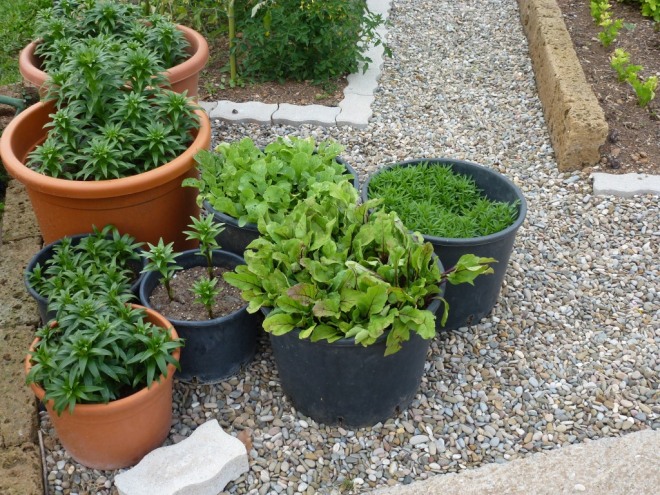 Radish, beetroot and Syrian thyme planted in pots, Some lilies are to the left

There are a huge amount of lettuces in various (actually almost all) beds. Most are from sowings I made at the end of January early February. This have been a success in that I had lots of leaves available to cut and come again from very early in the year and those that were planted outside are now fully grown lettuces. I think some will end up on the compost heap as some are beginning to bolt. It is a case “what will I eat today with salad”. Any interesting ideas will be gratefully received. 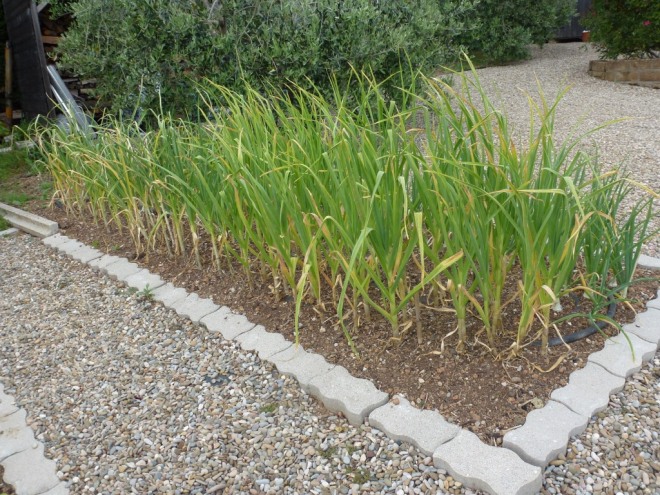 More garlic and onions near the greenhouse

This is really the asparagus bed but I can’t resist putting in other things so as not to waste the space, I planted out coriander when it started to bolt in the pot, I will collect seed from it to grow more and to cook with 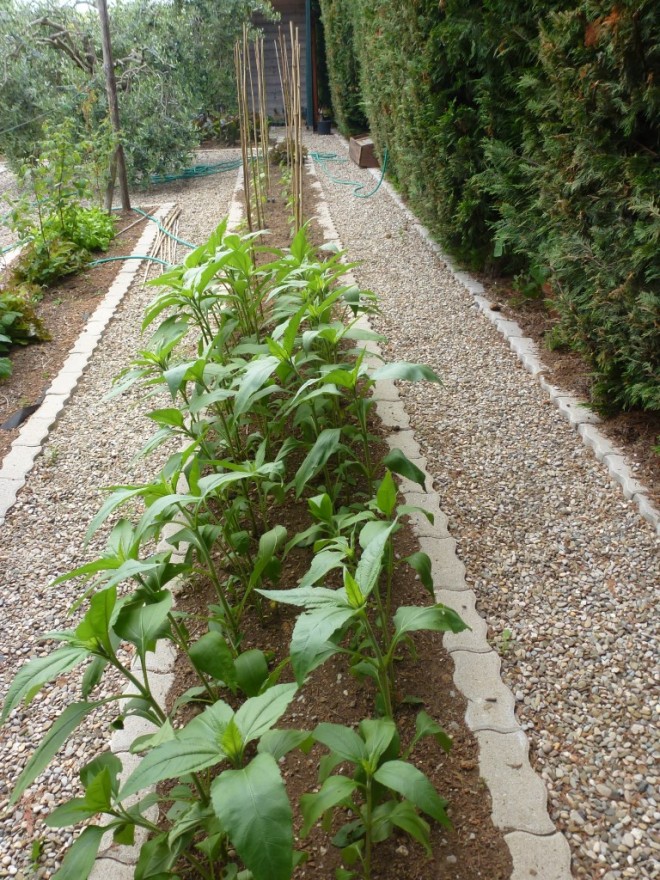 A new planting of Jeruselem artichokes (I’ve never grown them before, the other end of the bed has chillis

This bed is next to the leylandii hedge and is planted with perennials as they cope with the competion from the trees better. 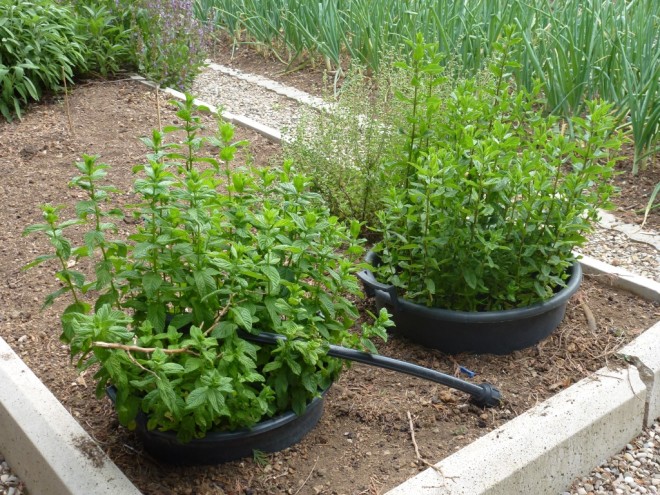 In the same bed, my mint is trapped inside large, bottomless, plastic pots to try to stop them spreading too much

We are more or less self-sufficient from the vegetable garden; I find this incredibly satisfying almost more than the ornamental garden. I enjoy cooking with ‘gluts’ as it makes for inventive recipes to make the same vegetable interesting when you’ve already eaten it twice already that week. I like that you can be generous with herbs, adding handfuls rather than teaspoonfuls to dishes.