I usually cut flowers on Monday morning for my ‘In a vase on Monday’ vase to join with Cathy at Rambling in the Garden and countless others who have adopted this popular gathering point on a Monday morning.  But last week the cut flower beds suddenly exploded with blooms needing to be cut.

I knew that many would be past their best by Monday and it seemed a shame to leave this the first mass flowering in the cutting beds, so with your indulgence I’ll share with you the four (wrong, five!) vases I put together during the week. 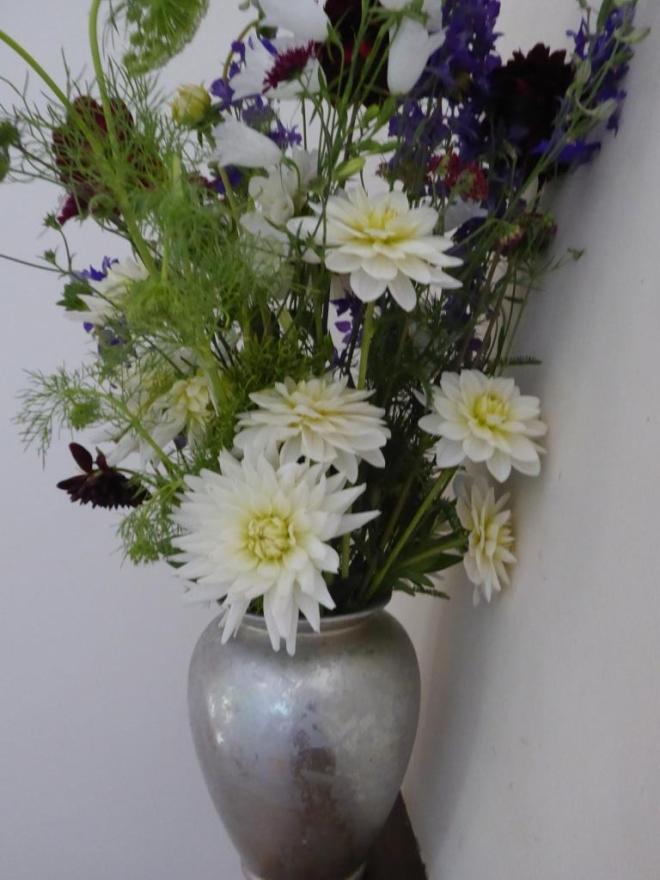 The back of the vase is mostly white dahlias

A new Dahlia for this year; obviously wrongly packaged as I didn’t buy any pure white this year

But I’m not complaining; it is a spectacular Dahlia.  Even before being fully open it is 22 cm across; the petals are perfect with a slight roll to the edges, I look forward to using more of these. 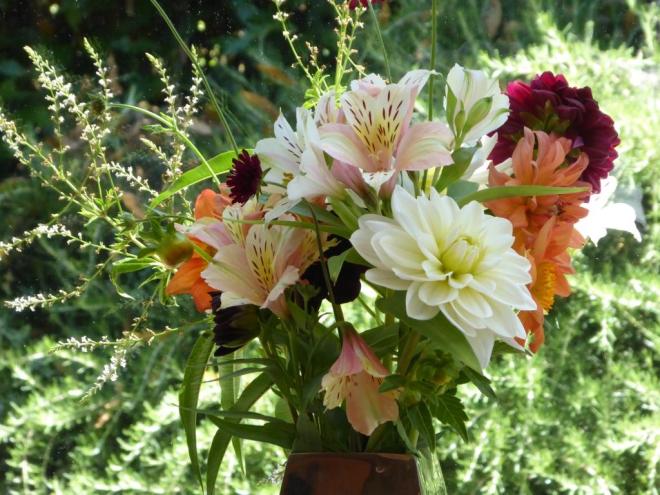 The vase is over-crowded and isn’t as satisfying as last week’s vase but it is still a pleasure to have it in the kitchen.

Next we continue with the chartreuse and deep burgundy colour scheme.  Sorry about the quality of this image but you can see it didn’t rally work so I decided to add another colour.

I added orange in the form of more dahlias and Achellea millefolium. 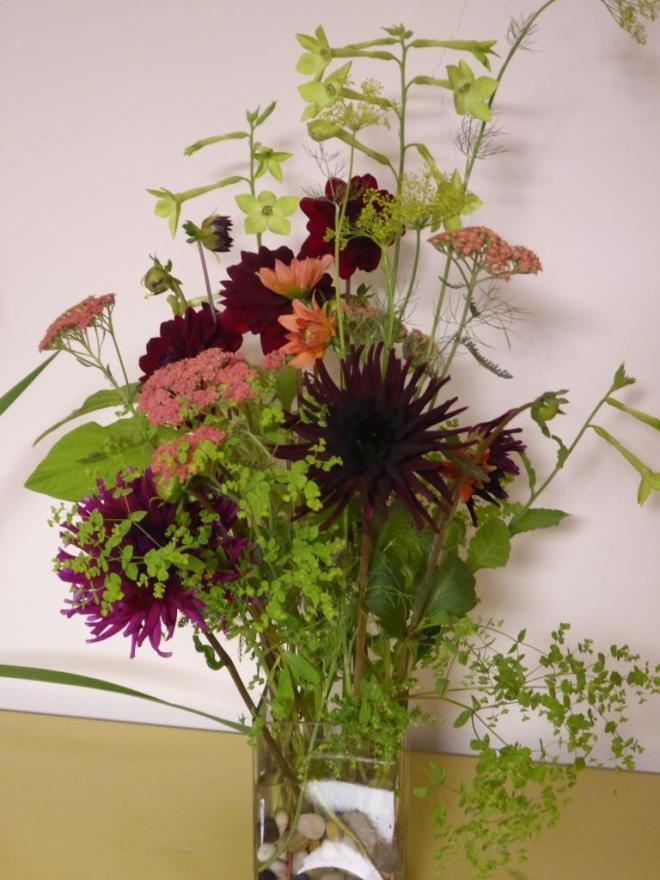 It came to life with more of the orange Dahlia; D. ‘Orange Nugget’ and Terracotta Achellea

I have had the Achellea in the garden for some time; it is always very disappointing.  It is drought tolerant in that it dies but flowers have been rare.  Last autumn I moved a mixture of different varieties to the cut flower beds where they are irrigated and I’ve been rewarded with a mass of flowers which hopefully will continue all summer.  I also grew some more from seed which are growing well but too small to flower just yet.

Another kitchen vase with Alstroemeria, Dahlia and Verbascum chaxii ‘Alba’ and the first Zinnia

Most of the Gladioli that were planted over the last 3 years haven’t reappeared this year; but this yellow with maroon central blotches has.  Gladioli make me think of Ikebana so this is another attempt at this form of flower arranging.

The Gladioli stayed in place long enough to be photographed but after than one has become very wayward; wanting to lean at an ever more precarious angle.

It is hard, now, to imagine my home without flowers; although I had begun my cuttings beds just prior to Cathy beginning this meme, I’m sure that without her encouragement and the inspiration of other contributors I would not achieved the goal of flowers in the house 52 weeks a year.

Thank you Cathy and thank you everyone who joins in.

Have a great week.