Although out in the garden not very much changed while I was away, it was a different story in the greenhouse where all of the tomato seedlings grew at quite a pace and have now all been pricked out into larger modules and some that I had pricked out before were ready to be put in 9 cm pots.  This is the stage I really enjoy partly because at this stage it is pretty certain they will survive.

There were positively forests of seedlings from the saved seeds of tomatoes that I had particularly liked last year; for the rest I had been more restrained in the numbers I had sown as I am always loathe to throw away unwanted seedlings.  I will still have enough to give lots away to friends.

All the flower seedlings have been pricked out and are growing on some rather quickly (Cosmos of various types) and some incredibly slowly (all the Rudbeckia).

All the shelving is now getting very full 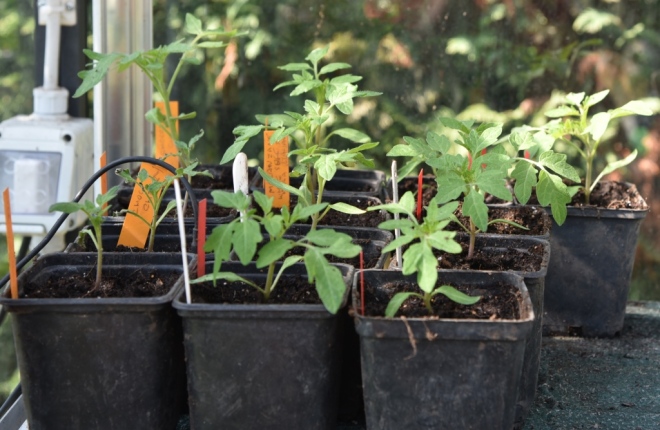 Lettuce, Thai basil and Cleome which have not done well – I’ve never had any success with them so I will now throw the rest of the seed away so as not to be disappointed again next year!

I have potted on into individual pots Cistus cuttings and all the other cuttings I took last end of summer and autumn; the Cistus will be planted out in autumn this year as it is good for them to become acclimatized to being in the ground as soon as possible, I will try some more cuttings from the soft new growth soon too as I really want to build up the numbers of cistus for the slope.

More blossom on the citrus

Above is a blood orange, last year it didn’t produce any flowers at all, this year it’s covered; if they are all pollinated I’ll have to remove some fruit; the blossom’s perfume is divine.

I decided to risk planting out all the Ami majus and dark blue Larkspur as they had outgrown their pots and had grown too tall (especially the Ami).  As the Antirrhinums from last year had been in the ground all winter and not shown any damage from the cold weather I decided to plant out these too.  I’ve put netting stretched between bamboo canes in the hope they will grow straight. 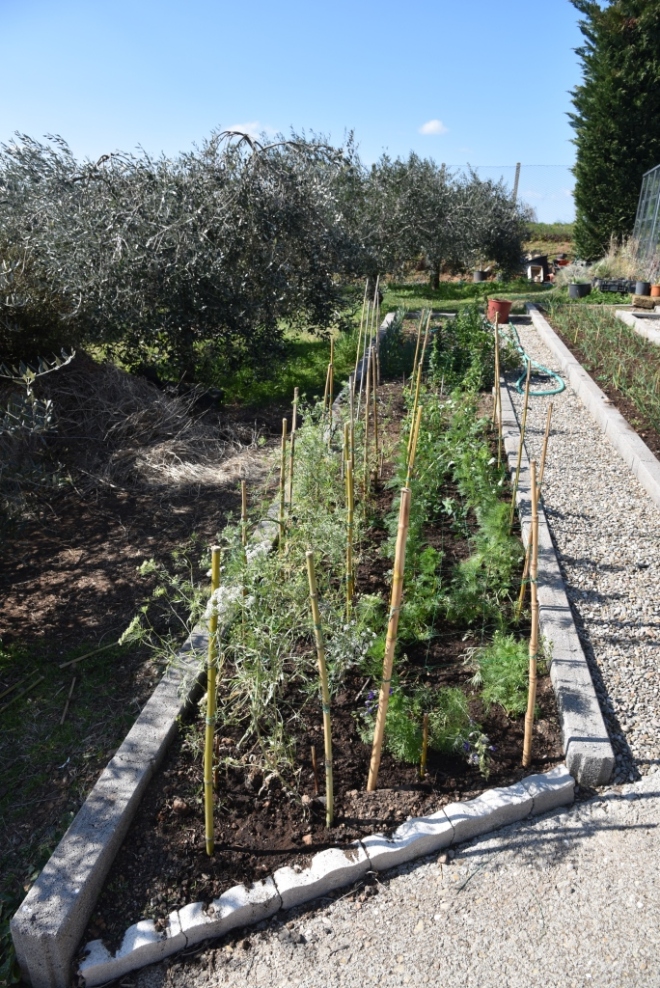 The cuttings bed already looking rather full, where will I put everything?

The autumn sown broad beans already have flowers, I think the ones that are already in the greengrocers must have been grown in a poly tunnel, they were very expensive too at €3.50 a kg, I’ll wait for mine! 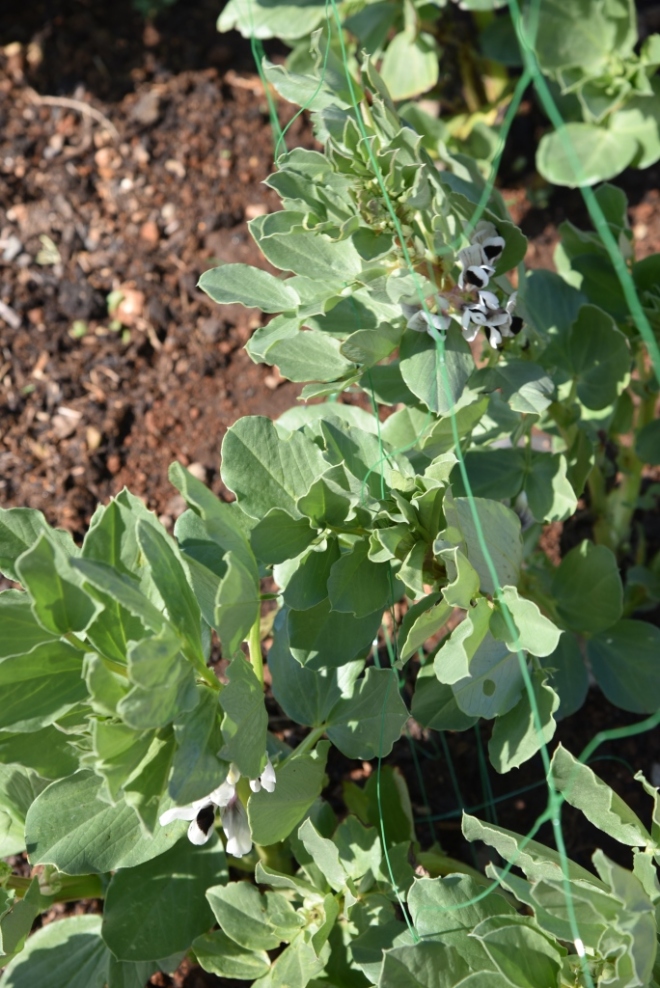 I’m linking with Julie at Peonies and Posies for her greenhouse meme earlier this week.

In the rest of the garden, suddenly in the Crimson zone the Anemones are flowering as are the Hyacinths, but more about those next week.

What are you growing in your greenhouse at the moment?  If you have a greenhouse why not tell us how you use it and join in with Julie ever month?

26 thoughts on “The Greenhouse and a bit of catching up”